The North Carolina Department of Transportation will halt traffic on both sides of the Herbert C. Bonner Bridge on Highway 12 over  Oregon Inlet at 9 a.m. Monday, March 10, for approximately 30 minutes while the department’s Location and Surveys Unit performs a routine mobile scan of the bridge. In 2012, the department installed scanning […] 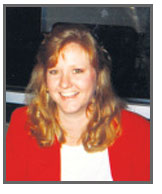 HATTERAS– Stacey McKenney Cunningham,  46, passed away Wednesday, March5, 2014. Born in Portsmouth, Va., on July 31, 1967, she was thedaughter of Hunter Ray McKenney and Hilary Rossow McKenney of Red Oak.She was preceded in death by her two brothers, Eric Christopher “Chris”McKenney and Michael Ray McKenney. A loving wife, mother,daughter and sister, she was […] 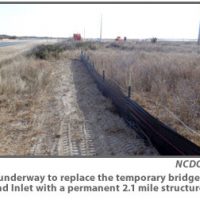 Crews with the N.C. Department of Transportation and Parsons Construction Group Inc. of Greenville, S.C., have begun preliminary work for the construction of the permanent N.C. 12 bridge on Pea Island in Dare County. Installation of safety fencing and erosion control measures began last week. Crews this week will begin mobilizing equipment to the project […] 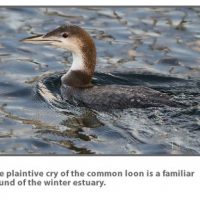 Summer at Ocracoke finds lots of kayakers plying their paddles along the shores of Pamlico Sound.  Residents and tourists alike take to the water. As the temperature falls, the experience of kayaking changes, but there is still plenty to see and enjoy while paddling around the island in the winter. Warmer, waterproof clothes are a […]

Dare County voters will have lots of choices to make this election year, and not just one time.  Numerous contests are on the ballot for both primary and general election races, from municipal to federal offices, and races with competition outnumber those with no opposition. Candidate filing closed Friday, Feb. 28, at noon. Local voters […] 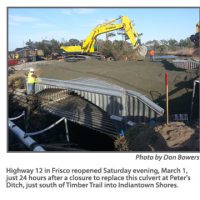 By IRENE NOLAN By IRENE NOLAN Just 24 hours after it closed for the North Carolina Department of Transportation to repair a culvert at Peter’s Ditch in Frisco, Highway 12 reopened to through traffic just after dark this evening. As had been planned, the highway was shut down at 7 p.m. on Friday, Feb. 28, […]