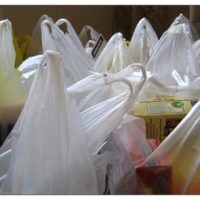 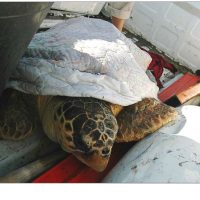 It is not often that such a small network of volunteers is able to make such a large impact. However, an organization based out of an unassuming building on the back road in Buxton is doing just that. NEST, or the Network for Endangered Sea Turtles, plays a major role in the recovery of endangered […]

Amid considerable speculation about his future, four-term state lawmaker Sen. Bill Cook, the District 1 Republican who represents Dare County, announced on Tuesday Aug. 29 that he will not seek re-election in 2018. In a statement released by Cook’s office, he said, “I am very proud that with the help of my fellow legislators, we […] 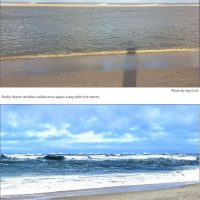 Though the recent system to blow up the coastline caused mainly heavy rain on the Outer Banks, a number of locals and visitors were concerned about the survival of the Shelly Island sandbar. Photos surfaced on social media that showed the sandbar virtually underwater with rough surf and waves crashing over the skinny island off […] 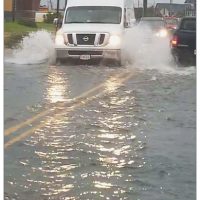 NCDOT posted a 9 a.m. update on conditions along Highway 12 as Potential Tropical Cyclone 10 approaches. For Ocracoke Island, there are no issues as of this morning except for some standing water on the roadway. Hatteras Island received upwards of 4″ of rain yesterday and last night, and many sections of Highway 12 south […] 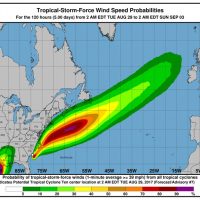 The chances for the storm system to become a tropical cyclone appear to be decreasing as of Tuesday morning, however residents and visitors should still prepare for heavy rain, dangerous winds, and rough surf with 6-9 foot waves. The area of low pressure off the North Carolina / South Carolina coastal border now has a […] 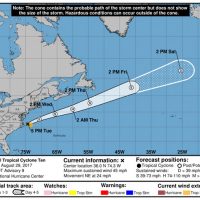 Per the 5 p.m. update from the National Hurricane Center, all tropical storm warnings for the coast of North Carolina have been discontinued. Hatteras and Ocracoke Islands are in the clear, however, high wind warnings remain in effect for coastal northeastern North Carolina, southeastern Virginia, and the eastern shore of Virginia and Maryland through this […] 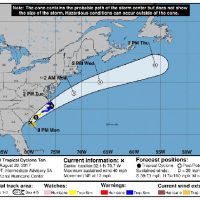 Per the 8 p.m. briefing from the National Hurricane Center, Tropical Cyclone 10 remains on track to move up the North Carolina coastline on Tuesday. A Tropical Storm Warning remains in effect from north of Surf City to Duck, NC. Due to the inclement weather concerns, Dare County Schools will be closed for all students […] 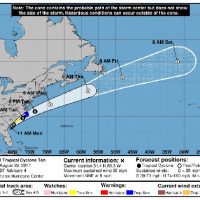