The National Park Service (NPS) announces the selection of Oregon Inlet Marinas, LLC to begin negotiating a lease for Oregon Inlet Marina in accordance with the Request for Proposals (RFP), which was issued on June 7, 2018, and closed on September 5, 2018.   The NPS received multiple proposals in response to the RFP and […] 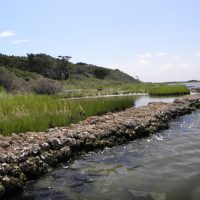 On a sunny Friday afternoon, REAL Watersports Co-Founder Trip Forman presented the Hatteras Island Youth Education Fund (HIYEF) Board of Directors with a check for the money raised during the Wind Voyager Triple-S Invitational in 2018. It’s a ceremony that has become somewhat routine over the past three years, however, 2018 was especially notable for […] 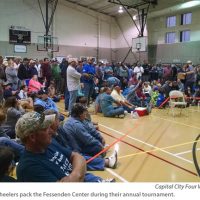 By the time October rolls around on the islands, the summertime crowds have certainly thinned, but there’s always a steady wave of “new” visitors that hit the beaches in full force – the fishermen. Anglers and hunters have the honored distinction of being the islands’ first visitors, as it was the exceptional fishing and hunting […] 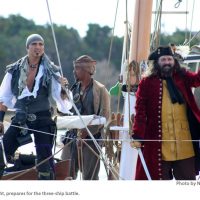 By Connie Leinbach The Ocracoke Observer In 300 years since his demise, Blackbeard has become the best-known pirate in history, and the popularity of recent Hollywood movies has created a fanatical interest in the man and his times. Numerous books and competing histories vie for the definitive Blackbeard story: Was he born in the colonies […] 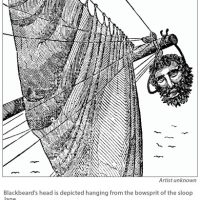 On Nov. 22, 1718, two small but well-manned sloops commanded by Lt. Robert Maynard of His Majesty’s Royal Navy approached a ship commanded by one Capt. Blackbeard, also known as Edward Teach, Thach, Thatch, Titche, all names attributed at various times to the pirate captain. Blackbeard signaled for the sloops to pass, but they responded […]

BY JOY CRIST You hear it every election cycle: ?This is going to be one of the most important elections of our lifetime.? But the reason why this phrase is uttered so often is because – for the present moment in time, at least – it generally happens to be true. How we vote today […] 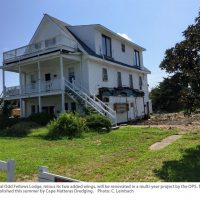 The Ocracoke Preservation Society has received a $15,000 grant from The Outer Banks Community Foundation to stabilize the Odd Fellow Lodge section of the Island Inn. That original building is all that remains after the nonprofit demolished the two wings recently as part of the OPS’s plan to save the property for community purposes. Stabilization […] 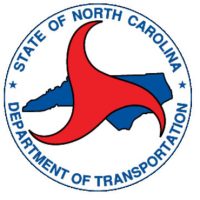 The Dare County Board of Commissioners (BOC) covered a number of Outer Banks-related issues and achievements at their October 15 meeting in Manteo. Topics which pertained to the island and / or the local community included the following.   Board Approves Zoning Amendments to Facilitate Year-Round Housing Following a public hearing at which 10 citizens […]