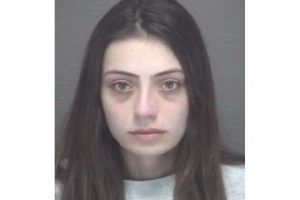 On February 27,2022, at approximately 1:20 am, Deputies working the C-District conducted a traffic stop in the area of Rocky Rollinson Rd and NC 12, Buxton, NC. During the stop the Deputies could smell marijuana coming from inside the vehicle. A search of the vehicle yielded a trafficking amount of Cocaine and an amount of Marijuana. Genevieve Price Wittpenn, F/20, Alexandria, VA, was arrested and charged with (F) Trafficking Cocaine by Possession, (F) PWISD Cocaine, (F) Possession of Marijuana, (F) PWISD Marijuana and (F) Maintaining a vehicle for a controlled substance. Wittpenn was released on a $40,000 secured bond.

﻿ Video by Rory Kelleher, story by Joy Crist Despite being canceled for the past two years due to the Coronavirus pandemic, the North Carolina Coastal Federation’s (NCCF) annual Hatteras Island Oyster Roast was another big success, with tickets selling out well before the February 4 event date. “The tickets always sell very fast, but [...] Local News |  Full Article

Are you interested in gardening? Here’s a way to make your winter blues go away! Start planning your spring garden now with the Winter Library Garden Series presented by the North Carolina Cooperative Extension’s Dare County Master Gardeners in conjunction with the Dare County Library. This year, all programs will take place on Wednesdays at [...] Island Features |  Full Article

The Cape Hatteras National Seashore’s beach access webpage has received a makeover for 2023, with a new look that is designed to make it easier to scan and read on multiple devices. The beach access webpage provides information on seasonal closures and conditions throughout the National Seashore, with information on each ORV ramp from Bodie [...] Seashore News |  Full Article

More than 70 sea turtles that were being treated at the Sea Turtle Assistance and Rehabilitation (STAR) Center have been transported from the Manteo facility and released back into the ocean, per an update from the North Carolina Aquarium on Roanoke Island. “It’s been a minute since we updated everyone on the STAR Center patients,” [...] Island Features |  Full Article