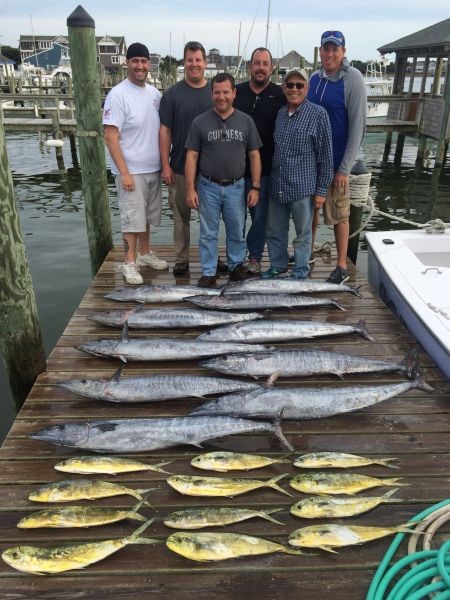 Forgive me for my absence, but this fall has been pure chaos. It all started around September 5, as we made preparations for the landfall of Hurricane Dorian. As the eye of the storm passed directly over us on the morning of the 6th, I rode over to the sound side to take a look. Southeast winds had shoved the water in the Pamlico Sound away from the shore side in Frisco, leaving it dry for hundreds of yards. As the wind clocked around to the northwest, I rode on home to wait out the back side of the storm. When the wind came, it came with much more intensity than the front side. Winds were clocked at over 120 miles per hour, and the tide came in swiftly. I was fortunate to suffer only minimal damage, but the water rose to more than three feet in my yard.

It seemed like we were just getting straightened out from Dorian when we got a blast from a northeaster that lasted for a few days. Dunes on the north beach were compromised and there was a breech north of Rodanthe that rendered N.C. Highway 12 impassable for days.

In spite of the miserable storms, the offshore fishing has been unbelievable for the last couple months, when the boats could get out.

September was exactly like why I love fishing in the fall. Anglers were blessed with great wahoo fishing, along with outstanding dolphin fishing and good tuna fishing. The fall is the best time to catch bottom fish offshore, and loads of triggerfish, vermillian snapper, and sea bass are still coming to the dock. In October, the wahoos continued to bite, with lots of citation size fish, (40 pounds and over), being brought in. Dolphin have still been around, but not in as great of numbers as the water begins to cool down. Tuna fishing has been great, with lots of yellowfin and blackfin being landed. As we roll in to November, fishing continues to be excellent, with an addition of big “smoker” king mackerel making an appearance.

Inshore charters have had one of the best seasons of speckled trout fishing in a long time. As good as the summer was, it has been even better this fall. Drum fishing has been good, and the guys have been landing a lot of sheepshead and bluefish too.

Surf fishermen have capitalized on some very good drum fishing. I’ve seen a lot of pictures of 40-50 pounders before being released. The specks have started showing up along the beach, and there have been some big sea mullet caught as well.

We were limited to a pretty short commercial flounder season, in an effort to reduce landings. I fished on some pretty crappy days, but was rewarded with some of the best catches I’ve ever had. Lots of big beautiful flounder were packed and shipped out for people in our country to enjoy! Commercial king mackerel fishing is heating up, and many of the guys will be hunting for them to make a day’s work when they can. Longliners are targeting tuna and swordfish, and boats with shark permits are taking advantage of the overabundance of the toothy critters.

This is the BEST time to visit Hatteras Island. Cool weather, vacant beaches, and great fishing awaits you! Come see us!