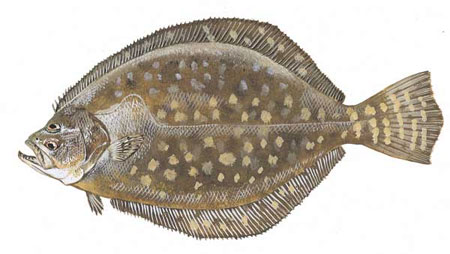 The Division of Marine Fisheries will issue North Carolina Saltwater Fishing Tournament citations for flounder catches that weigh 5 pounds or more during the recreational flounder season, which begins Sunday.

Anglers who wish to apply for a flounder citation will need to use a new, online form. The fish must still be weighed at one of the Official North Carolina Saltwater Fishing Tournament Weigh Stations. Citations will not be issued for released fish.

A North Carolina Saltwater Fishing Tournament citation is a certificate, suitable for framing, that shows the name of the angler and the species, weight, and date of the catch. The division suspended issuing citations for flounder when the recreational season closed in August last year.

The 2020 recreational flounder season opens at 12:01 a.m. Sunday, Aug. 16, in North Carolina internal and ocean waters. The season will close at midnight Sept. 30.

All species of flounder are managed under the same recreational regulations.

Recreational fishermen using gill nets with a Recreational Commercial Gear License may set nets only when both the commercial and recreational seasons are open (Sept. 15 to Sept. 30 in the Northern Management Area, which includes Albemarle, Roanoke, and Croatan sounds and their tributaries). Recreational size and creel limits apply.

Additionally, anglers are encouraged to donate the carcasses of any flounder meeting the legal minimum size limit to the division’s Carcass Collection Program. Division biologists will measure the fish, determine the sex, if possible, and remove the otoliths (ear bones) to determine the age of the fish. The information collected will be used in future stock assessments.

Click here for more information about the recreational flounder season and flounder management and about applying for a Saltwater Fishing Tournament citation for flounder and donating a fish to the Carcass Collection Program.