The N.C. Marine Fisheries Commission Meeting scheduled for this afternoon has been postponed. 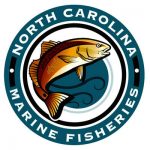 Commission Chairman Rob Bizzell contacted commission members this morning to share his decision to revisit the flounder allocation decision made during the February 2021 MFC meeting. Chairman Bizzell is calling a special meeting to be held on Wednesday, March 31 at 1 p.m. via webinar to revisit the allocation issue. Links and other information on the March 31 meeting to reconsider southern flounder allocation will be announced later.

Today’s meeting had been scheduled for the commission to review and vote on sending the draft Southern Flounder Fishery Management Plan Amendment 3 for public and advisory committee review. The review and vote will be rescheduled during or after the March 31 meeting.

At its February meeting, the commission selected sector harvest allocations of 70% commercial and 30% recreational for the upcoming Amendment 3 to the Southern Flounder Fishery Management Plan.

Among other management measures, Amendment 3 proposes quotas for the commercial and recreational southern flounder fisheries. The 70% commercial/30% recreational split is similar to the landings split in 2017, the terminal year of the stock assessment.

The N.C. Division of Marine Fisheries is accepting proposals for the Boating Infrastructure Grant (BIG) Program for federal fiscal year 2022. The FY 2022 Request for Proposals is published on the division’s BIG webpage. BIG is a grant program of the U.S. Fish and Wildlife Service that reimburses up to 75 percent of costs for [...] Fishing |  Full Article

House budget committees rev back up this week starting with an overview of spending proposed in the newly minted budget sent from the other side of the Legislative Building. After a lengthy debate Thursday, the state Senate passed its version of the two-year biennial budget last week in a 32-18 vote. The budget spends roughly [...] Fishing |  Full Article

The new Bonner fishing and sightseeing pier at the southern edge of Oregon Inlet is expected to open to the public in the late summer or early fall of 2021, per a recent update from the Cape Hatteras National Seashore. The 1,046-ft. structure is actually a remaining section of the former Herbert C. Bonner Bridge, [...] Fishing |  Full Article