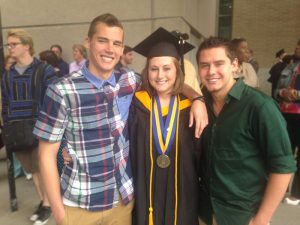 The Outer Banks Community Foundation is pleased to announce a new, local resource to support organizations and initiatives that address bicycle and pedestrian safety. The Emily Fredricks Memorial Fund for Bicycle and Pedestrian Safety has been established by Emily’s parents, Richard and Laura Fredricks of East Brunswick, NJ. Grants will be awarded annually from the fund to support local initiatives for making the Outer Banks safe for bicyclists and pedestrians.

Emily Fredricks was a creative, joyful young woman, a talented baker and artist, and the sunshine of her parents’ lives. She was working as head pastry chef at Le Cheri in downtown Philadelphia when her life was tragically cut short as she biked to work in late November 2017. Her bereaved parents established the Emily Fredricks Foundation the following year, as a way to turn their grief into action, and to find solutions so fewer families would have to endure similar, tragic losses. The Fredricks vacation regularly on the Outer Banks; indeed, the family spent time here just a few short weeks before Emily’s death. A chance meeting in Duck, and the Fredricks’ awareness of the unique challenges faced by cyclists and pedestrians here, led to the creation of this new, local fund.

“We are thrilled that the Fredricks have created a fund dedicated to keeping walkers and bikers safe from harm on our roads, residents and visitors alike,” said Community Foundation President and CEO Chris Sawin. “This is such an important issue on the Outer Banks. We invite everyone who has an interest in the Fredricks’ generous initiative to reach out to donate or learn more.”

According to watchformeNC.org, a state advocacy initiative website, more than 3,000 pedestrians and 850 bicyclists are hit in North Carolina each year, making our state one of the least safe in the US for walking and bicycling. Nationally, the number of annual traffic deaths is skyrocketing—Vision Zero Network reports a 24% increase in the rate of roadway fatalities between 2019 and 2020.

“Our goal is to honor Emily’s memory in every way that we can. We miss her so,” said Laura Fredricks. “Emily’s life was taken from her tragically and traumatically, and her death was preventable. In January of 2022 there was finally a national recognition of the epidemic of traffic violence, and a pledge for zero traffic deaths. While we applaud this momentum, we know there will always be a need for improved infrastructure and education surrounding vulnerable road users. It is too late for our daughter; our advocacy work is for the living. We welcome the opportunity to give back to the community where our family has made so many wonderful memories.”

Like most other Community Foundation funds, the Emily Fredricks Memorial Fund for Bicycle and Pedestrian Safety is endowed, meaning the fund will be a perpetual source of support for charities addressing bicycle and pedestrian safety issues on the Outer Banks.

Anyone may contribute to the Emily Fredricks Memorial Fund for Bicycle and Pedestrian Safety by sending a check to the Community Foundation with the fund name in the memo line, or by making a contribution online at obcf.org/donate-now, and selecting the fund from the searchable funds list.

Though there has been significant progress over the past two weeks in removing the major pieces of debris from mid-May’s two home collapses, there is still a lot of work to be done to clean the Rodanthe shoreline and beyond. “It’s going to be a continual effort, and it will take many more weeks,” said [...] Local News |  Full Article

The Dare County Library has announced that, due to staffing issues, the Hatteras Library will be closed on Tuesday, May 24, 2022, and Wednesday, May 25, 2022. The Hatteras Library is scheduled to reopen at 10 a.m. on Thursday, May 26, 2022. Library customers who are in need of assistance during the closure are [...] Community News Brief |  Full Article

The North Carolina Beach Buggy Association’s (NCBBA) Annual Meeting /Pig Pickin’ event will be held on Saturday, May 28, at 2:00 p.m. at the Rodanthe-Waves-Salvo Community Center in Rodanthe. Members will hear about the activities of the organization from the past year, and what’s in store for the new year. The guest speaker will be [...] Local News |  Full Article

The Dare County Public Works Department has announced that there will be no changes to the Dare County trash collection schedule over Memorial Day weekend 2022. All areas will operate on their normal schedule on Monday, May 30, 2022. The Dare County C&D Landfill, Buxton Transfer Station, Rodanthe Recycle Center and Manteo Recycle Yard will [...] Community News Brief |  Full Article

The Ocracoke Affordable Housing Coalition is looking for a few good houses. Actually, they’re looking for many more than that because there is an acute need for affordable housing for essential workers on Ocracoke. The group formed after Hurricane Dorian in September 2019 and before the COVID-19 pandemic hit in early 2020 to try to [...] Local News |  Full Article

The Oregon Inlet Lifesaving Station may get an added boost in Governor Roy Cooper’s draft budget. The governor’s proposal for FY 2022-2023 includes $600,000 to finish the rehab on the building and move it to a more secure place. The lifesaving station has been tagged for removal to a new resting place for more than [...] Local News |  Full Article

After a two-year hiatus, the annual Shore Break 5K and Tide Pool Fun Run is returning to Hatteras Island on Monday, May 30, and there is still time for participants to sign up for this year’s event. The Shore Break 5K is one of two primary fundraising events for the Hatteras Island Youth Educational Fund [...] Island Features |  Full Article

The non-profit organization Friends of Felines Hatteras Island will be hosting their annual yard sale this Memorial Day weekend on Saturday, May 28, and Sunday, May 29, in the parking lot adjacent to the Mad Crabber Restaurant in Avon, from 9:00 a.m. until 4:00 p.m. on both days. The annual yard sale, which has become [...] Island Features |  Full Article 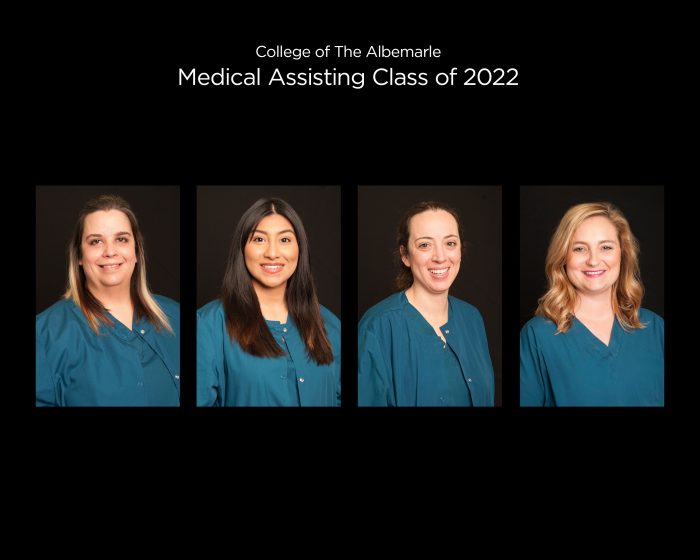