Not unlike the time an earthquake rocked the Cape Hatteras Lighthouse “like a tree shaken by the wind,” there are subsurface rumblings on the Outer Banks that the National Park Service is considering taking back the historic but incomplete 1853 Fresnel lens from the Graveyard of the Atlantic Museum and returning it to the top of the lighthouse.

One rumor making the rounds is that the lens will possibly be patched-up with acrylic prisms and bulls-eye flash panels, filling the vacant bronze frames left by souvenir collectors in the 1940s.

Restoring America’s lighthouse to its former architectural glory is a noble idea, but returning the historic lens to the lantern room is not— it will only further damage the beleaguered and timeworn artifact, and its legacy even more.

Granted, the lens and Victorian-era cast iron pedestal belong to the Federal government and are on loan to the state museum. The Park Service can do whatever it wants with it, within limits. But there are many good reasons why the artifact, an object significant in American history, should be in a museum and not at the top of the lighthouse.

First, but not foremost, there are more efficient ways to light a lighthouse these days.

After the lighthouse was abandoned by the government in 1936, and after the historic Fresnel lens was ruined through the systematic theft of most of its crown-glass prisms, all of its central flash panels, and its beautiful first-order brass incandescent oil vapor lamp, it ceased being a navigational apparatus.

Over the years, further damage was caused to the massive 1870 cast iron pedestal and intricate clockwork mechanism that rotated its lens above. Broken and bent teeth in the gears and missing pinion gear roller bearings reveal that, at some point after the autumn of 1944, the lens came to a jarring, grinding halt, which permanently destroyed the pedestal’s function. It likely happened when a trespasser entertained themselves by revolving it at a high speed.

Decades passed and numerous layers of Coast Guard surplus gray paint kept rust at bay but concealed the Victorian-era’s delicate and amazing craftsmanship. Only by sandblasting the pedestal in 2006, funded by the donors of the then-private Graveyard of the Atlantic Museum, was it returned to a semblance of how it once appeared.

Since its re-establishment in 1950, the lighthouse has been illuminated by a Coast Guard rotating aero-beacon, known as a DCB-24, an out-of-date technology that uses a lot of electricity and has suffered numerous malfunctions in the past few years. But new lighthouse technology has arrived. Just recently, the Coast Guard replaced the original aero-beacon in the Oak Island Lighthouse at Caswell Beach with a first-of-its-kind LED-based rotating beacon – lightweight, bright, and energy efficient, although not particularly aesthetically appealing.

Of the four lighthouses on the Outer Banks north of Ocracoke Inlet, Cape Hatteras is the only one without its original Fresnel lens. The reason for that is an important feature of the lighthouse’s eventful history. Returning the lens to the lantern room without all of its original components to operate as a patched-up navigational aid will only serve to obscure that history.

The 1853 Cape Hatteras Lighthouse lens is not just any Fresnel lens – it is the oldest first-order lens on display in America. Called “a national treasure” by the expert lampist who conserved it in 2006, the lens’ age among American lighthouse lenses is just one characteristic that elevates its stature above all others.

As a result of my many years of research, we now know that the Cape Hatteras lens was selected to be the centerpiece of the U.S. Lighthouse Board’s exhibit at the landmark 1853 Exhibition of Industry of All Nations—our nation’s first world’s fair. At New York City’s Crystal Palace, it was one of the most-admired, awe-inspiring wonders seen by more than a million visitors.

The very first time the lens had been assembled in America, fresh out of its cotton-lined wood crates from Paris, was by the future Civil War general and hero of Gettysburg, George Meade of the Topographical Engineers.

I discovered in 2010, (and revealed for the first time here at the Island Free Press), that the lens made its debut in a promotional lithograph of the Crystal Palace interior, derived from a daguerreotype image taken on Dec. 1, 1853, under the direction of P.T. Barnum.

In 1861, just seven years after the lens had been installed at the top of the original 1803 Cape Hatteras Lighthouse, it became a coveted prize in the Civil War and was eventually hidden 200 miles inland. Throughout the war, the U.S. government desperately wanted to recover the lens and re-establish the Cape Hatteras light as a symbolic pronouncement proving that the Union, like America’s most important lighthouse, would prevail.

Carried off on horse-drawn wagons, steamboats, and the rickety rails of the Confederate railroad and vanishing into the mists of time, the lens left a trail of destruction, defiance, and recrimination—careers were lost, towns were threatened, and the steamboat that took the lens up the Tar River was captured and sunk.

After the war, the lens was recovered, returned to Paris for repairs, and eventually was installed in the 1870 lighthouse. Having survived a lightning strike and an earthquake, the lens was famously photographed in 1933 for National Geographic magazine, being polished by principal keeper Unaka Jennette, great-grandson of the keeper who helped remove the same lens for the Confederates in 1861.

After the Fresnel lens’ removal in 1950, what was left of it was shuttled around to various Park Service storage facilities, including Little Kinnakeet Life-saving Station, where a couple of the 170-pound prism-filled panels were stolen but eventually and ignominiously dumped in a ditch north of Avon. More than two-thirds of the lens’ glass remains missing.

The 1853 Cape Hatteras Lighthouse lens has had a tumultuous existence but it remains, by far, the most notable and interesting artifact of American lighthouse history.

Which then raises these questions: Will refitting the original navigational apparatus with more than 600 modern fabricated acrylic prisms and bulls-eye lenses substantially and adversely alter the historic fabric of the artifact?

Will the addition of the acrylic components diminish the integrity of the artifact, its original design, its crown glass and bronze framework, and its mid-19th century Parisian craftsmanship?

Does the plan conflict with the National Historic Preservation Act’s directives to prevent alteration of an historic property or potential changes or damage to the character or physical features of an artifact, which could further diminish the historical significance of America’s oldest surviving first-order Fresnel lens?

It is my contention that the rumored intent to return the lens to the top of the lighthouse would be akin to illogically patching up with modern fabric the tattered holes of the flag that inspired Francis Scott Key to pen the National Anthem, the Great Garrison Flag of 1812, and return it to its flagpole at Fort McHenry.

In the unlikely event that consideration would be given to reinstalling in the lighthouse the 1853 lens “as is,” without replacement prisms and center flash panels to fill the vacant sections, the historic lens structure would be even more endangered. The bronze framework, without glass to support it, would be vulnerable to the tower’s vibrations during inevitable severe storm conditions. Under those circumstances, the remaining original prisms would sooner or later fall out and shatter on the iron deck of the lantern. The artifact, then, would be of no use to anyone.

Lastly, and most importantly, returning the storied 1853 Cape Hatteras Lighthouse lens to the top of the lighthouse will deprive untold numbers of current and future Outer Banks visitors who love our national lighthouse heritage but who are physically unable to ascend the 256 steps of the 20-story building to see the artifact up close and be inspired by the enlightening story it has to tell. And in the lantern room of the lighthouse, the old lens would still not be seen or appreciated very easily by the public passing through the watch room below on their rush outside and the lower gallery.

The lens, as it stands today and hopefully forever at the Graveyard of the Atlantic Museum, serves as a far more powerful light, an educational beacon, a uniquely American symbol of our maritime history.

Kevin Duffus is the author of six books on North Carolina maritime history including “The Lost Light—A Civil War Mystery.” He is the recipient of the 2013 Harlan Joel Gradin Award for Excellence in the Public Humanities. In 2014, he was named North Carolina Historian of the Year by the NC Society of Historians. In 2020, he received the Research Award from the National Lighthouse Museum. 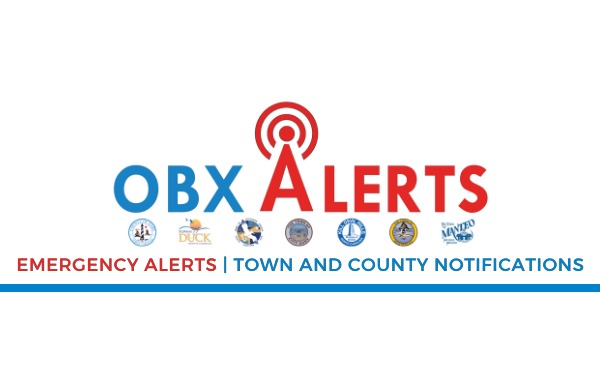 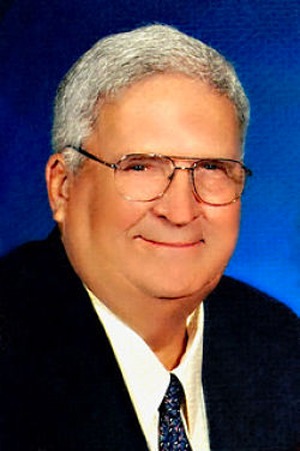 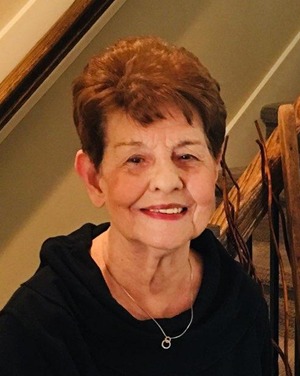 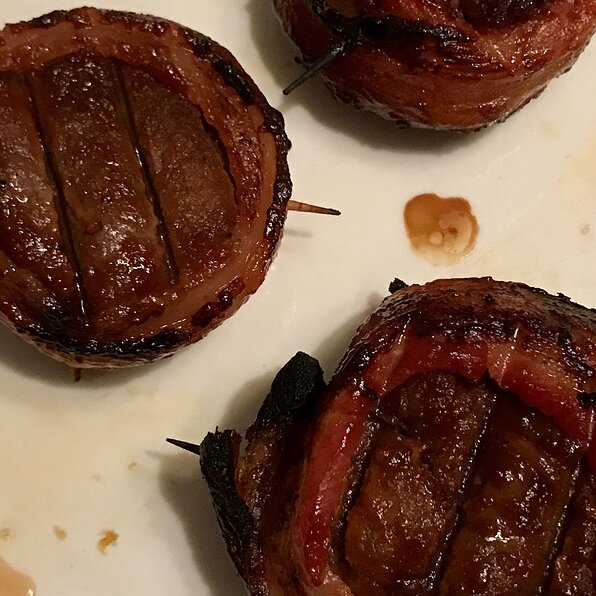 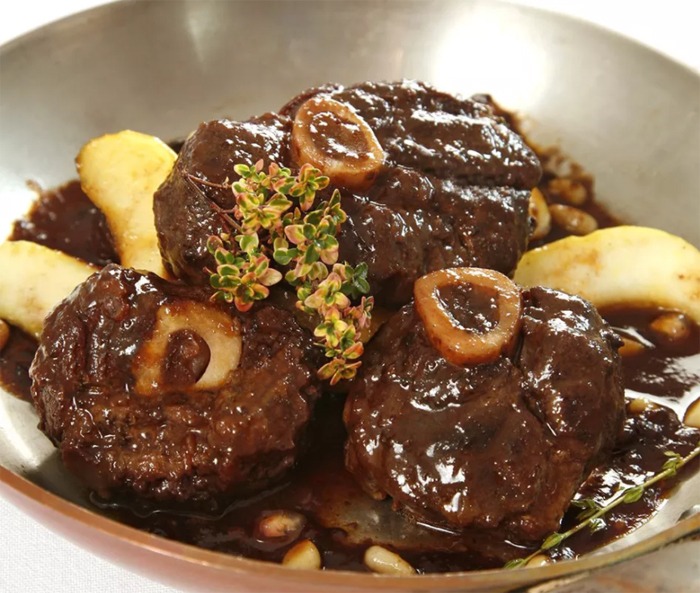 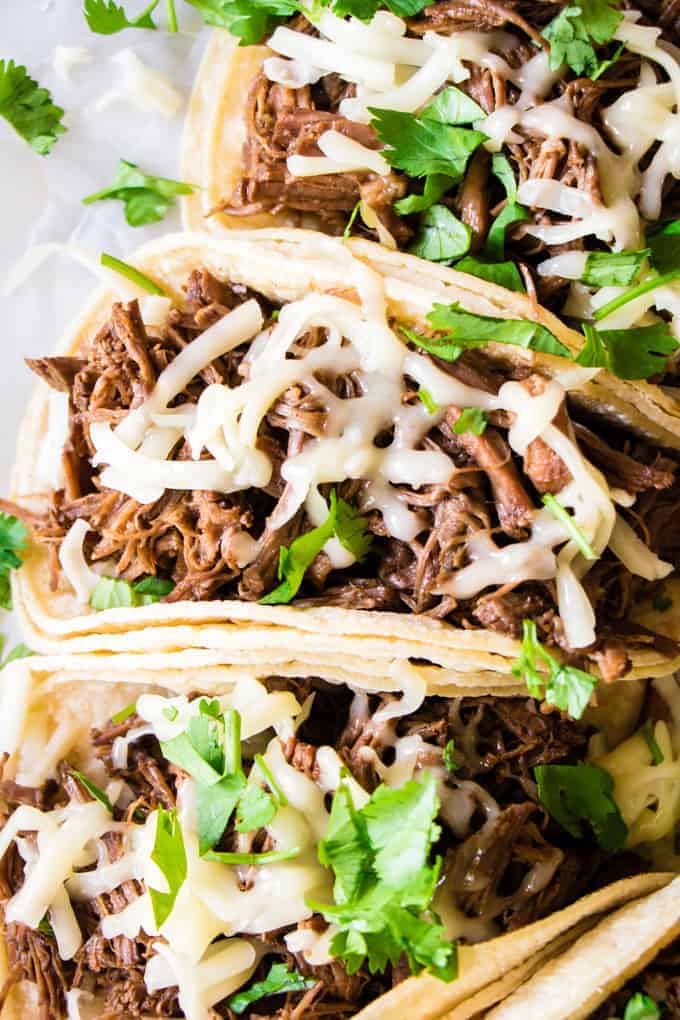 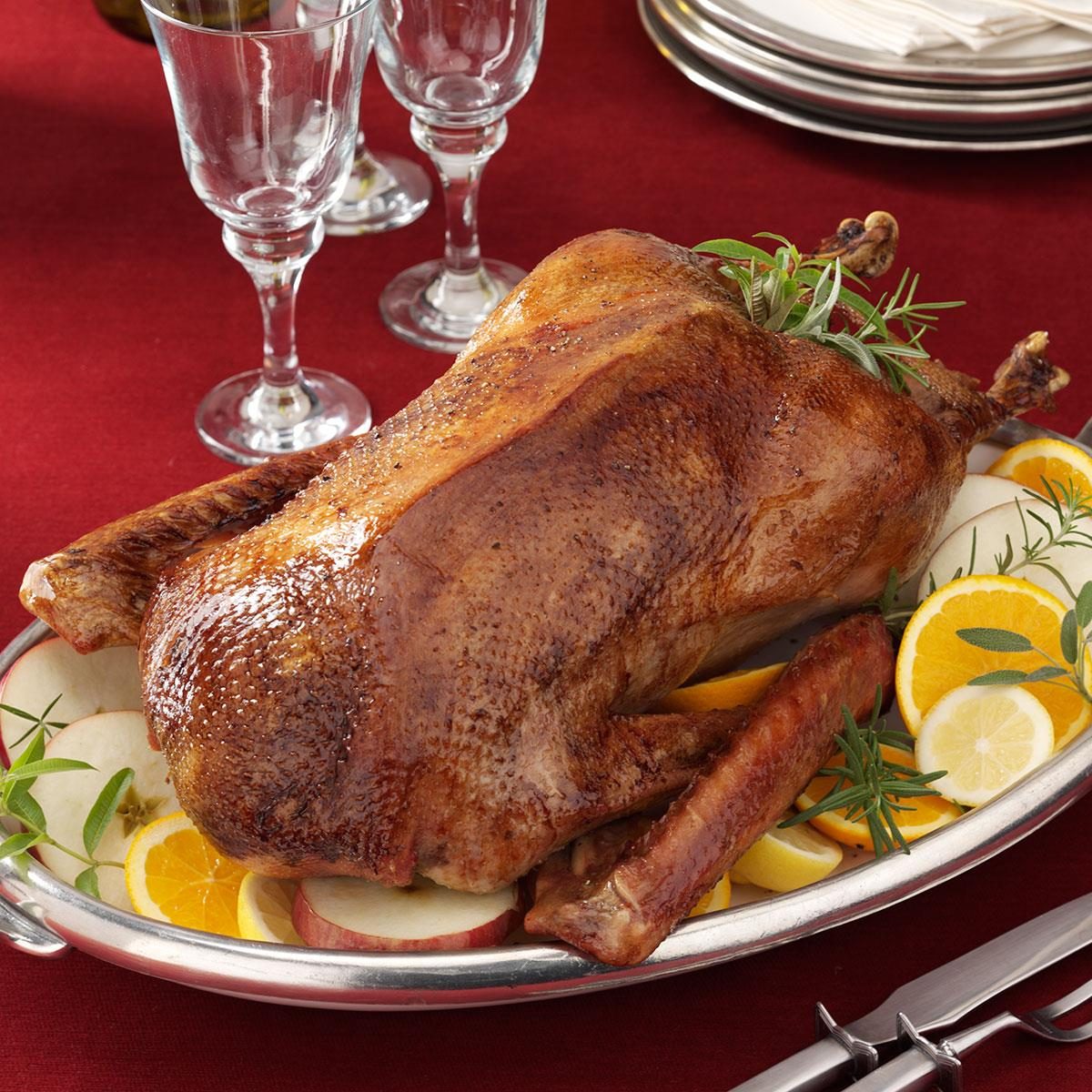 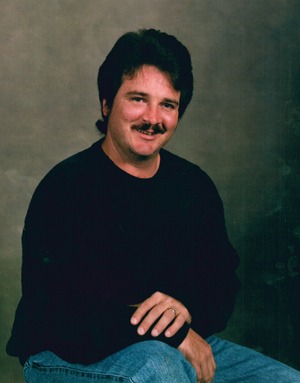 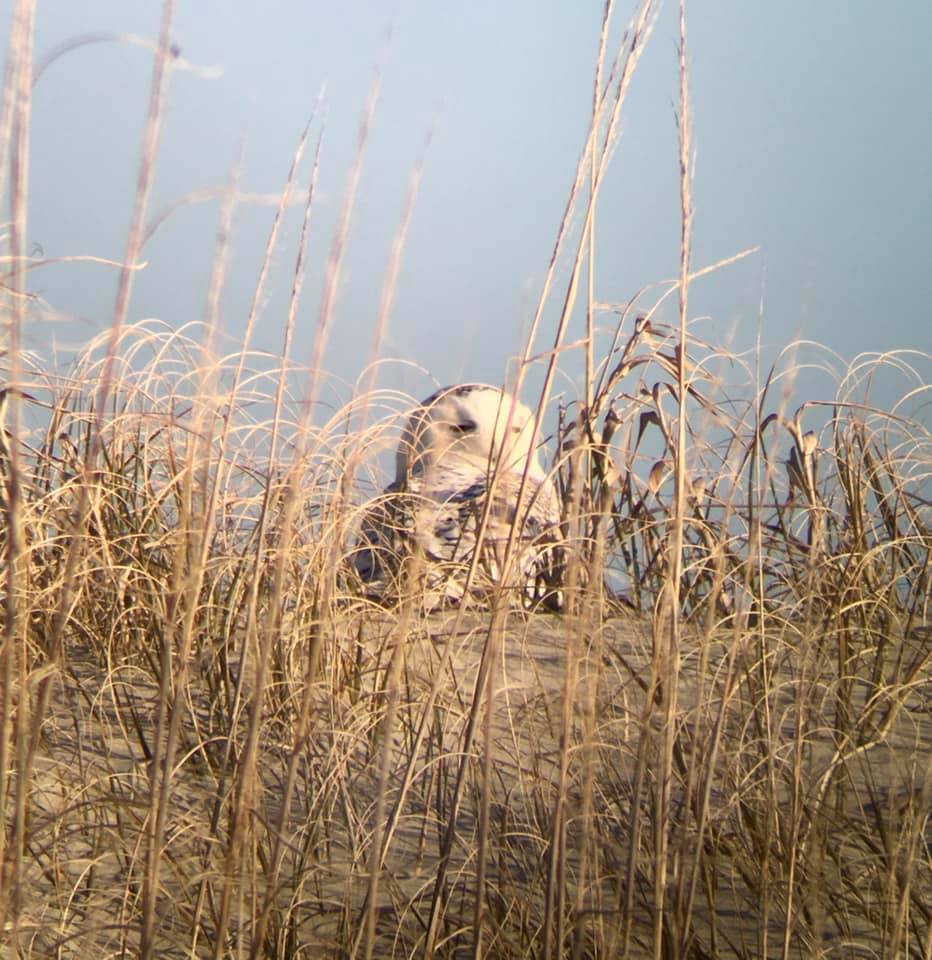