Organizers of the annual Blackbeard’s Pirate Jamboree recently announced the schedule for the upcoming 2021 event, which is being held on October 29 and October 30 on Ocracoke Island.

The Jamboree commemorates the last days of Blackbeard the pirate, who was killed off Ocracoke on Nov. 22, 1718.

“Ocracoke Island, like everyone else, is climbing out of the COVID-19 pandemic, but the island is also recovering from the flooding devastation from Hurricane Dorian in 2019,” stated an earlier update from event organizers. “So, Blackbeard’s Pirate Jamboree will go on Oct. 29 and 30, but will be scaled back this year.”

The event is free and open to the public, and the schedule for the two-day festivities is listed below.

Friday 7 p.m. inside the Berkley Barn – ‘The Incredible ‘Blackbeard’s Ghost’ Rocky Horror Picture Show!” including a discussion about Pirates and Fake News in 1718. Join us to watch the movie “Blackbeard’s Ghost” (1968) and shout our favorite lines from the movie. Popcorn & sodas for sale.

9 a.m. – The Colonial Village and Brigands Bazaar vendor fair on the Berkley Manor grounds opens as a cannon blast wakes up Ocracoke! Activities for all throughout the day until 6 p.m.

10 a.m. – A Pirate Parade! With anyone who wants to join in and the walking giant Blackbeard puppet and Jimmy Bones. Parade musters at Ride the Wind Surf Shop and parade ends at the encampment.

11:30 a.m. Inside the Berkley Barn – Kevin Duffus presents a talk: “The Pamlico Pirates—Who were they? What did they do, and why did they do it?”

1 p.m. inside the Berkley Barn – Kevin Duffus presents: “Who was William Howard—Pirate Quartermaster or Ocracoke owner?”

2 p.m. – Three-boat battle in Silver Lake between Blackbeard and Maynard. “Battle of Ocracoke.” 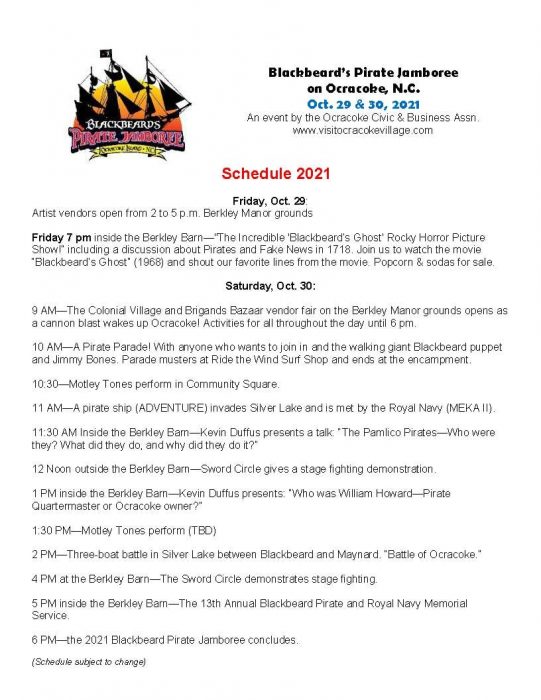 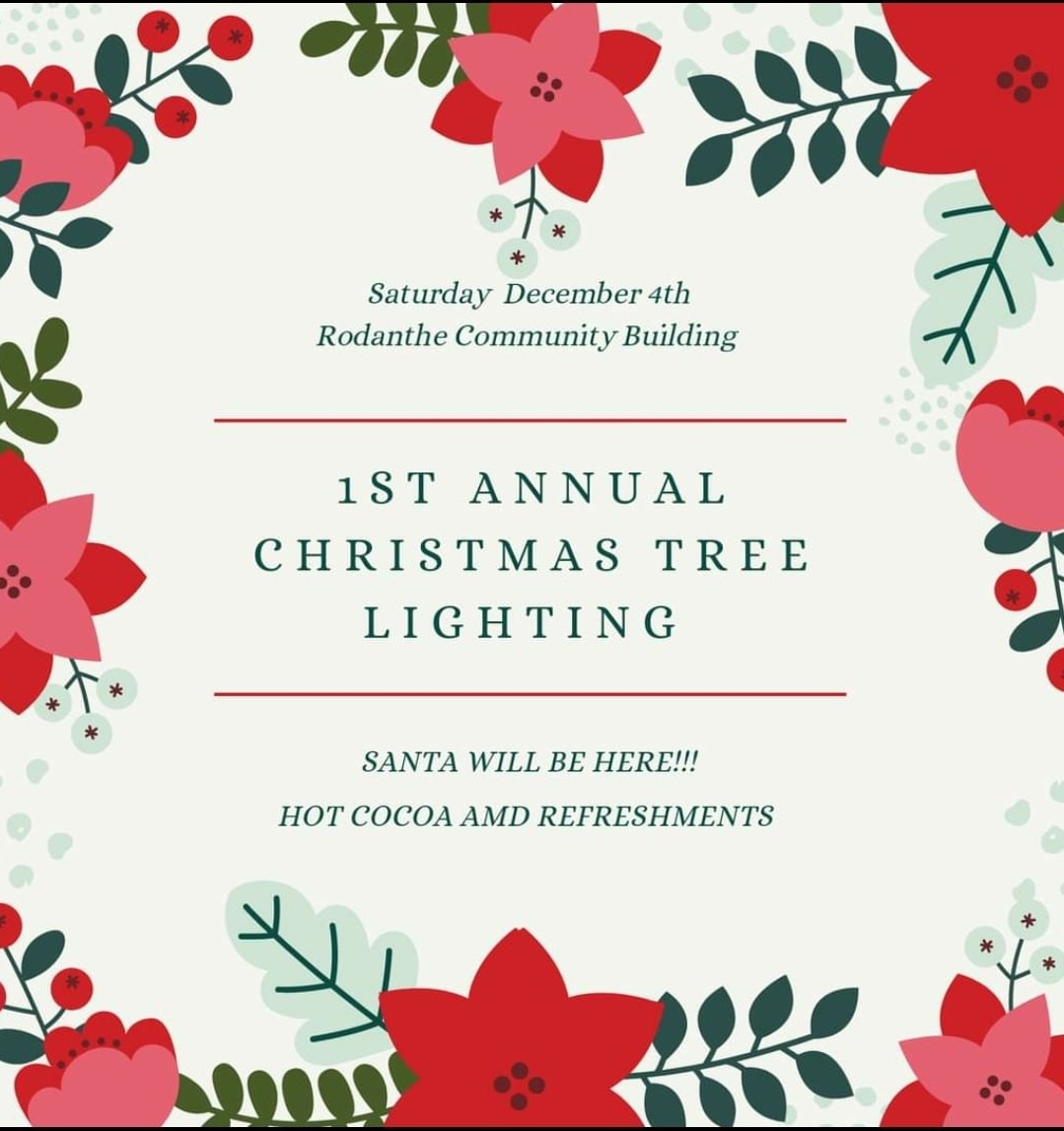 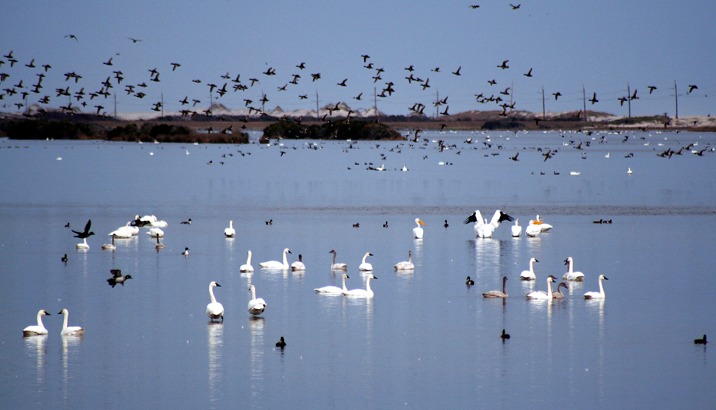 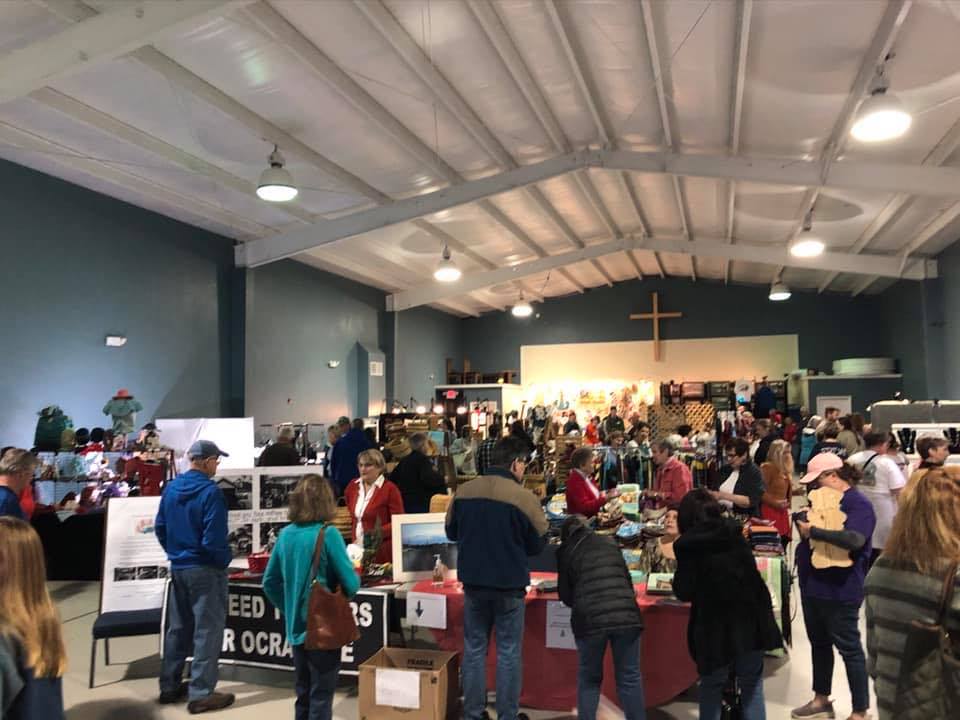