On just about any clear night in January, the Pleiades will be visible in the eastern skies about an hour after sundown. 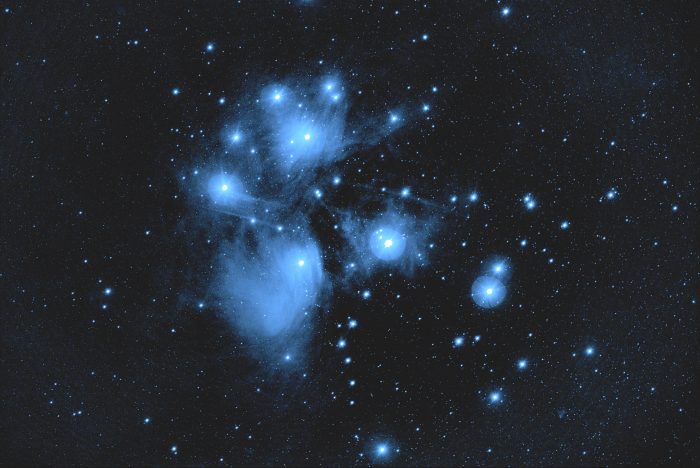 M45, the Pleiades, is probably my favorite star cluster. With a visual magnitude of +1.1, it’s very easy to spot with the naked eye. Most people can see five stars with the naked eye, and on very clear, still nights, you might spot six or seven, but some people have seen as many as 14!

The cluster contains more than 800 stars. Of course, you need binoculars or a telescope to spot that many. The cluster is about 410 light years away from us.

After you finish looking at the Pleiades, let your eyes drift down about 30° towards the eastern horizon. You should be able to see the constellation Orion. If you look at the second star in Orion’s sword, you might be able to see it looks a bit smudged! That smudge mark is the Orion Nebula (M42). 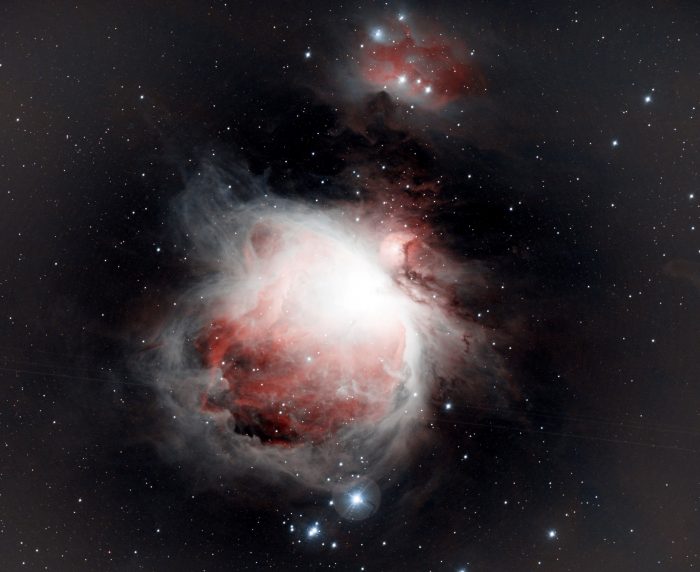 If the skies are clear, you might be able to see Venus in the SW just after sundown on January 1. With a little bit of luck, you might also be able to spot Mercury. It will be slightly above and to the south of Venus. As the skies darken, Saturn, Jupiter, Neptune, and Uranus will also be in the evening skies.

The Pleiades will be about 44° above the eastern horizon, right after dark.

Comet 19P/Borrelly is a +9.2 magnitude comet. It will be about 30° above the Southern horizon at 6 p.m. on January 1. You’re going to need a telescope or very good set of binoculars and very clear skies to see it.

The Quadrantids meteor shower peaks on January 3. This can be a major meteor shower, offering as many as 120 shooting stars per hour. They will appear to originate just below the Big Dipper. Best viewing is around 5:00 a.m.

Mars rises at 5:11 a.m. in the morning. If you get up to watch the Quadrantids, you might as well look for the red planet. It’s been out of site and pretty much out of mind, (unless you happen to be Elan Musk), for quite a while.