The “Wow” factor in many of the holiday lights displays on Ocracoke was key in deciding who won the annual competition sponsored by the Ocracoke Civic & Business Association.

“We’re totally impressed at the effort people put out,” said one of the judges after judging ended. “People put in a lot of work.”

Another judge noted the creativity.

“The creativity and innovation that is characteristic of this tiny barrier island of Ocracoke really shines through during this quiet time of the year,” she said.

Three anonymous judges selected the winners, who receive the glory of winning in one of five categories, designated by signs placed in front of their properties. 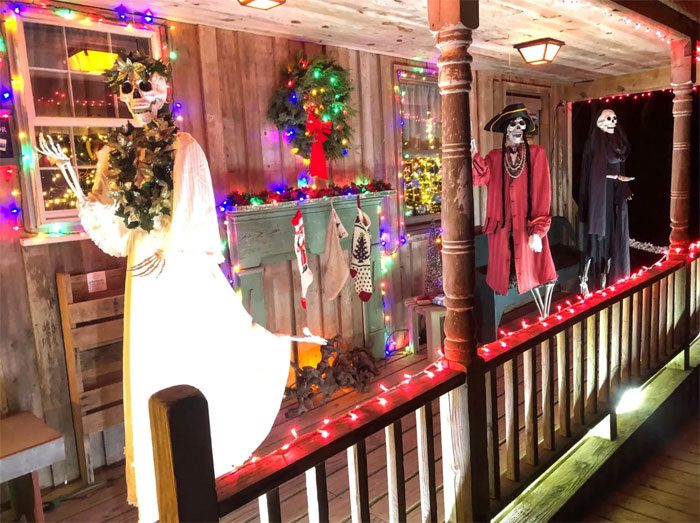