North Carolina’s ferry system has a fleet of 21 vehicle ferries, making it either tied with Washington as the largest state system in the country or the second largest — it really depends the measuring stick — and researchers are now looking at how to more sustainably power those vessels’ near-constant runs.

“(Washington is) the largest state-operated ferries because of the amount of people they move. We actually have the same number of vessels,” said Catherine Peele, the North Carolina Department of Transportation’s Ferry Division planning and development manager.

All of North Carolina’s ferries have one thing in common: Their engines are powered by diesel fuel. While that isn’t going to change right away, the Ferry Division and the Coastal Studies Institute on Roanoke Island have studies underway that may lead to changes in how the state ferries are powered.

“The current administration and the IMO, the International Maritime Organization, are really focused on decarbonization of maritime transportation. Ferries, I think, are going to be a start in that direction,” George Bonner, director of Renewable Ocean Energy at the institute, recently told Coastal Review.

The project is part of the federal Energy Transitions Initiative Partnership Project, or ETIPP, Bonner added, explaining that the work he is doing with ferries and how they can be powered may at some point be applicable for isolated island communities like Ocracoke.

“For Ocracoke, what we’re helping with is how could the grid support electrification of ferries,” he said. “Our goal is to install a microgrid,”

In addition to the ETIPP research, the Ferry Division has its own project. As Peele explained, the ferry routes that Bonner is studying are long-haul routes, but many of the ferry crossings in the state are much shorter. The Knotts Island and Cherry Branch ferries are examples and are smaller vessels that use less energy.

“We have Western Carolina (University) doing our research project for us. It’s all about electrification of our short-haul route,” Peele said.

The electrification of ferry fleets has already begun. Not in the United States but internationally, especially in Europe.

“There’s a lot going on in Europe with electric ferries,” Bonner said.

For Bonner, electrifying ferries represents more than a way to recharge a battery using solar, wind, wave power or some yet-undiscovered source of alternative energy. The current research could pave the way for more reliable delivery of new energy sources.

“I’m excited about it because it opens up an opportunity. Maybe marine energy could play a part in supporting the shoreside energy needs,” he said.

An immediate priority is determining how that energy can be created, stored and ultimately transferred to the vessels. The work so far has yet to find a single, perfect solution.

“We’ve talked to several operators already,” Peele said, noting the British Columbia ferries and the Niagara Falls sightseeing boat, Maid of the Mist, that run on electric power. “People are moving toward electric, and we’re learning that one size doesn’t fit all. It depends on your boat, what you’re carrying, how many people or cars you’re carrying, how long that trip is.”

Yet some concepts are beginning to take shape. A form of stored hydrogen energy may be part of the solution, but for now, batteries appear to be the most likely way forward. What is still being explored is the best way to keep batteries charged, which is where the “one size doesn’t fit all” research is focused.

“What would be required on the grid side?” Bonner asked. “What kind of storage, would you need to have more capacity for the Ocracoke and Hatteras ferries?”

Unanswered questions also include how to generate that energy, Bonner noted.

“I don’t think you’re going to solve it with how much solar can you put in or how much wind can you put in. You’ve got to have other solutions,” he said.

That’s where sources such as tidal energy, wave energy and other forms of stored energy could come into play.

The propulsion systems that the Department of Transportation and Bonner at the institute are considering are electric motors and energy storage. Questions include the best ways to recharge the battery, or whether the battery should be recharged onboard the vessel or replaced between trips.

“You could have battery systems that you roll on and roll off. You have a concept where you have batteries, and you have a universal size for that ferry and that’s your power. It’s a quick operation. You can switch out these large batteries and roll a new one on. The advantage to that is you don’t have to worry about transferring the power from the shoreside to the vessel,” Bonner said.

It is still too early to estimate costs to convert to an all-electric fleet, or how that might be accomplished. Will it be gradual as boats age out and new ones are brought in? Will existing ferries be converted? There is also no clear idea on what the infrastructure will cost to support the conversion or what additional training or personnel will be needed.

But there is encouraging data available on the maintenance costs, something that Peele was quick to point out.

“In Europe, the motor vessel Ampere is world’s first all-electric (car) ferry in Norway. And they experienced an 80% reduction in operations and maintenance costs and a 95% reduction in emissions, compared to a diesel-powered vessel,” she said. 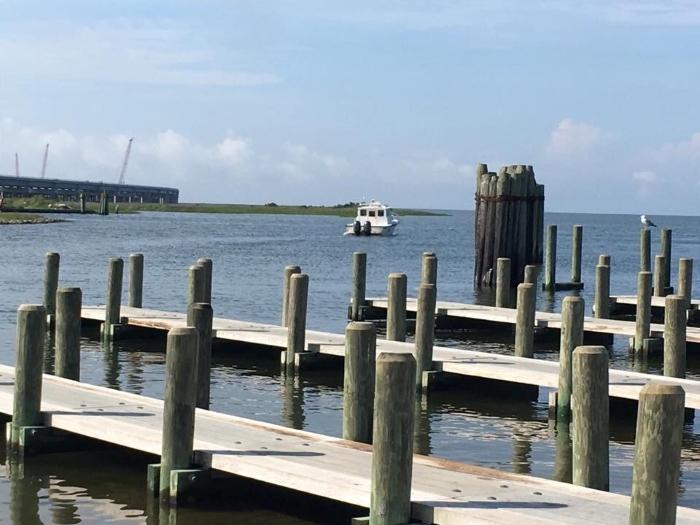