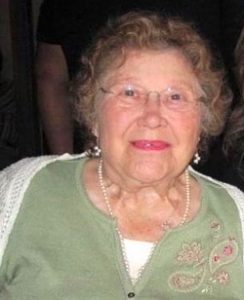 Born March 9, 1930, she was the daughter of the late Mildred Morton Kellum and Drummer Kellum and the wife of Carl R. Johnson for 30 years. She was also preceded in death by seven brothers.

A graduate of Jacksonville High School, Ann continued her education earning a bachelor’s degree from Freewill Baptist Bible College in Tennessee. She returned to Jacksonville, NC to pursue her career as a schoolteacher, where she taught at Blue Creek Elementary School and The Freewill Baptist Christian Church. Upon retirement, she continued to serve the elementary children as a crossing guard.

An active member of First Baptist Church in Jacksonville, NC and many community organizations, Ann and her husband also served as missionaries in Alaska. She enjoyed gardening, travel, and visiting her children and grandchildren.

A graveside service will be held in Jacksonville, NC at a later date. In lieu of flowers, memorial donations may be made to a charity of one’s choice.