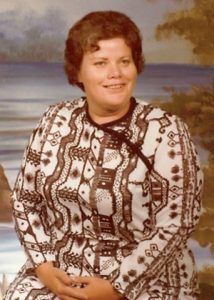 Bertha Kaye worked in many of the restaurants until she started her career as a Dare County Sheriff’s dispatcher on December 6, 1972, retiring on August 1, 2001. The family appreciates that the flags were flown at half-staff on the island in her memory. She would have been very touched by their recognition of her.

An avid photographer, she was well known for her sunset pictures taken in Hatteras. She loved genealogy and spent many hours documenting the O’Neal family as well as many of the local islanders. She cared for her aunt, Janie O’Neal, and her parents, Lodema and Oliver, making sure they stayed in their home in their later years. She never married, but she always had many acquaintances and good friends over the years. She was a loving aunt, always making sure her nieces had a special outfit at Easter when they were small. She enjoyed visiting them and her brother, Ervin, when he was stationed at Andrews AFB in Washington, DC, Pope AFB in Fayetteville, NC and in Summerville, SC when he was on isolated tour in Korea. She acquired a love for poodles when she kept Ervin’s poodle, Susie when they could not take her on one of their tours. She then raised Krystal and Precious, and presently Zoe. It is only appropriate that Zoe has found her home with Ervin and his family.

Funeral services will be held at the Hatteras Assembly of God on Thursday, July 11, 2019, at 3:00 pm with Brother Durwood Willis officiating.

In lieu of flowers, memorial donations may be made to your local church or your favorite charity.