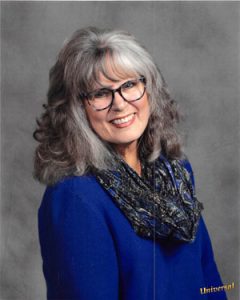 MANTEO — Bonnie Dale Winslow, 71, of Manteo, left this world from where her heart longed to be and in God’s time on Thursday, January 6, 2022, after a courageous battle with cancer. Bonnie was born in Elizabeth City, NC on January 4, 1951. She is survived by her brothers William Winslow (Deborah) and her twin brother Robert Winslow, of Chocowinity, NC.

After graduating from Elizabeth City High School in 1969, she was employed by Carolina Telephone Company until the closing of the Manteo office. She then worked for Dare County Social Services until her retirement in 2013. While working full time, Bonnie attended College of the Albemarle where she received the COA Outstanding Computer Award and earned an Associate in Applied Science Degree in 2001.

Bonnie loved living in Manteo; she enjoyed reading, taking long walks, and being on the beach. Left to cherish her memory, a host of close friends, including members of the Class of ‘69, Carolina Telephone Company, Dare County Social Services, and Manteo Baptist Church.

While no funeral service is currently scheduled, a celebration of life ceremony is being planned by Bonnie’s friends and will be announced at a future date. In lieu of flowers, please consider supporting the Dare County Public Library financially, by donating books or funds. You can also offer to wipe out late fees for low-income patrons