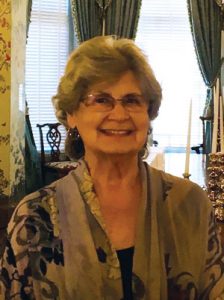 SOUTHERN SHORES — Clair R. Sutton, 76, passed away peacefully in her Southern Shores home on July 20, 2019. Clair was born in Hickory, NC to the late Clara and Carroll Reese. She is survived by her children, Shannon Sutton of Kitty Hawk, and Shawn R. Sutton of Dallas, Texas.

Clair graduated from UNC-G in 1965. After living in Chapel Hill and designing neighborhoods for Fitch Lumber Company, she moved to the Outer Banks in 1978. Her first project was Station Number Six, which was remodeled into an oceanfront bed and breakfast. In 1982, Clair was named the head designer at Beach Realty. She stayed until 1985 when she then opened her own business, Sandcastle Design Group. Over the years, Clair received eight grand awards and two honor awards from the NC Homebuilders Association for Excellence in Environmental Design.

Clair was passionate about helping others. She was a visionary in her charity work and other endeavors. Clair received the Governor’s Award for Outstanding Volunteer Service in 1996, after establishing and chairing the first Dare County Relay for Life. She also established and chaired the first Duck Village Art show. She sat on committees in various capacities for Hospice, Master Gardeners, Dare County Arts Council, American Cancer Society, Hotline, and numerous other festivals.

Clair loved gardening, art, and her kids- two legged and four. She bred and raised Grand Champion Borzois in her last years. Clair was a very special woman who found beauty in the every day.

The family requests any donations in her name be made to UNC Lineberger Cancer Center.

There will be a celebration of her life at a later date.

MANTEO — Martha Edwards Allen passed away on July 8, 2022. The daughter of the late James and Fannie Mae Edwards, she was the widow of Robert Riddick Allen II. Born on November 23, 1925, Mrs. Allen was a resident of Manteo, N.C. She grew up in Driver, Virginia, where she has strong connections to [...] Obituaries |  Full Article

February 12, 1935 – July 4, 2022 Jo Ann Love Fleming, 87, peacefully returned to her heavenly Father after battling glaucoma and Alzheimer’s for many years. Jo Ann shared her life with her husband Denis for 66 years, raising two sons and celebrating the joy of having three grand-daughters and one great-grandchild. She was born [...] Obituaries |  Full Article

BUXTON — Braxton Bragg Hall, Jr. passed away peacefully at his home in Buxton, NC on June 24, 2022. He had been surrounded by a loving “Care Web” of family and friends who made sure he was comforted and passed with a high level of dignity after a long battle with Cancer. Braxton was the [...] Obituaries |  Full Article