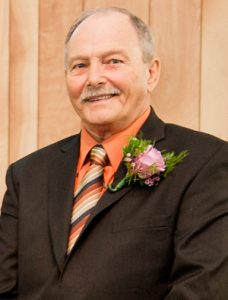 Clarence served his country honorably in the United States Air Force. He then served the city of Norfolk, VA as a member of the police department. After retiring from law enforcement, Clarence worked his second career as a tugboat tankerman in the Northeast. Born into a Hatteras Island family of watermen, working on the water was natural to him. When he and Denise moved to Florida from Virginia it was so that he could continue to work on the tugboats and enjoy the water recreationally without the freezing New England temperatures. Clarence enjoyed building a life off the beaten path and took pleasure in the simple. He was quick witted with a knack for humor and a touch of sarcasm. On a given Sunday you would probably find him watching a NASCAR race, tinkering in his tool shed or researching family lineage and genealogy. Clarence took great pride in the people that his children have become, and he will be greatly missed by those that loved him, including Toby and Annie, his pups. He will be laid to rest at Florida National Cemetery in Bushnell, FL with private cremation arrangements by Chas. E. Davis Funeral Home. The family thanks those who have reached out with condolences.