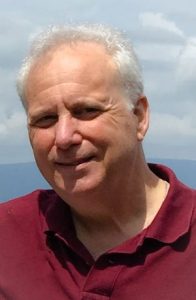 Dr. Evans had a thriving private practice of Podiatric Medicine in Nags Head, NC for more than 30 years. He was a graduate of the University of Maryland and Temple University School of Podiatric Medicine.  A beloved podiatrist, Dr. Evans was widely known and admired for his empathy and for taking his time to really listen to his patients. He was a loyal and generous friend who was compassionate and kind and uplifted those around him.  Those who knew him well can retell countless stories of how he shared his passions including fishing, music, and his extensive collection of Star Trek and Star Wars memorabilia. He was an avid sports fan giving infinite support to his native home teams the Washington Redskins, Washington Nationals, Maryland Terrapins, and he became an honorary Virginia Tech Hokie by marriage.

Above all Dr. Donald Evans was a devoted husband, brother, uncle, cousin and friend. He is survived by his loving wife Susan Ruiz-Evans, sister Nina Eisenberg, brother-in-law Andrew, nephews Alexander, Benjamin, and Joseph; sister and brother-in-law, Diane and Nick Castle; brother-in-law Steven Ruiz, sister-in-law Lynn, niece Lydia, nephew Stuart, niece-in-law Becca, beloved cousins the Frieds and extended families and the Schmidbauers, long-time office manager Shawna Riddick and many friends that are considered family.  He was preceded in death by his parents, Ellis and Gilda Evans and brother, Matthew.

A drop-in memorial reception will be held to celebrate Dr. Don’s life, November 16, 2019, at the Blue Water Grill in Manteo, NC from 3-5 pm.

In lieu of flowers, contributions may be made to Jennette’s Pier, NC Aquarium, Montgomery Hospice, Roanoke Island Women’s Club Thanksgiving Food Baskets or any charity of your choice.

Twiford Funeral Home, Manteo, NC is assisting the family with arrangements. Condolences and memories can be shared at www.TwifordFH.com.