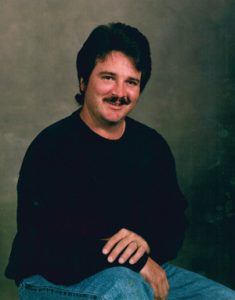 Born in Wilson, NC on March 3, 1962, he was the son of Mary Francis Parish Wright and the late Donald Eddy Wright.

An avid fisherman, Eddie was a jokester but most importantly, he was known as a giver and for the love he had for his family and friends.

He worked as a driver for Frito-Lay, Franklin Baking Company, and Island Hopper.

Along with his father, he was preceded in death by his stepfather, Lucian D. Wright; and his sister, Donna Wright.

A memorial service will be held at 1:00 pm on Thursday, January 21, 2021, at Heritage of Faith Family Church in Frisco. In lieu of flowers, memorial donations may be made to one’s favorite charity.