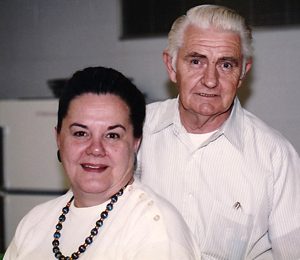 MANTEO — Elizabeth Hill Creef, 89, of Manteo, NC died Thursday, December 9, 2021, after a short illness at Peak Resources – Outer Banks with her family by her side.

Born in Alton, IL on September 25, 1932, she was the daughter of the late Elizabeth Dornbach Hill and Earl Preston Hill.

Mrs. Liz was involved in her community volunteering with the Girl and Boy Scouts. She was a member of the Manteo Woman’s Club for 62-years and was active in helping when Dare County built the new library.

When she and her husband moved to his hometown of Manteo after his military service, she embraced life in Dare County and many locals embraced her.  She was always willing to volunteer to help others, no matter if transporting to a doctor’s appointment, just to lend a helping hand, or being a school “homeroom mother.”

A devoted wife and mother, Mrs. Liz would say she was “the meanest mother in Manteo”. She not only raised her family but was the “neighborhood mom” to numerous grandchildren, nieces, nephews, and neighborhood kids.