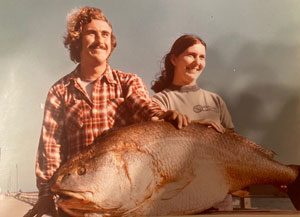 A native of Salvo, NC, he was born July 9, 1949, to the late Elenora Louise Worth Hooper and Edward Francis Hooper.

Elvin was a dedicated teacher for Dare County Schools. He was also an employee of the NCDOT,  Cape Hatteras Electric Cooperative Board of Directors, and a certified plumbing, mechanical, building, electrical, and fire inspector for 25 years

An avid fisherman, he held two International Game Fish Association world record drum catches. He was an author of two published books and a well-renowned musician and songwriter. He volunteered his time as a coach, leading softball, and tennis teams to championships. His greatest accomplishment was his daughter Kristina.

Elvin enjoyed duck hunting, fishing, coaching, Sunday rides on the beach, starting new projects at his home, building sheds with his class and caring for his loving wife Debra.

In addition to his parents, he was preceded in death by a brother, Burtis Hooper; and two sisters, both named Vivian Hooper, who died during childhood.

A memorial service and celebration of his life will be held at 1:00 pm on Thursday, November 11, 2021, in the Cape Hatteras Secondary School gymnasium.

Donations may be sent to the family to assist with future medical and assisted living costs for Mr. Hooper’s wife, Debra (https://gofund.me/7e207131).