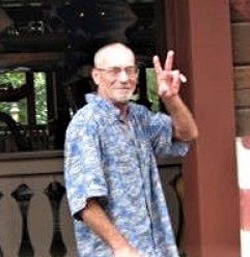 KILL DEVIL HILLS — Eric William (Rick) Holzhaeuser passed away on September 9, 2020 after a long battle with cancer. He was born on May 12, 1960 to Arthur E. Holzhaeuser and Gail C. Shoppell Holzhaeuser in Portsmouth, Virginia.

He made his way in life by acquiring skills that were mostly self-taught and became a professional Drywaller. He was also a life-long sportsman, fisherman, and hunter. He spent his early years in Virginia Beach, Virginia before moving to his beloved Outer Banks in North Carolina. He will be missed by a loving family and his many friends.

In keeping with his wishes, there will be a memorial service at a later date.