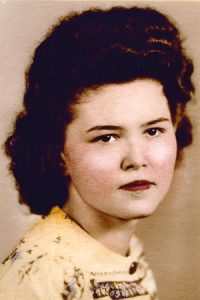 Born in Norfolk, VA on April 21, 1929, she was the daughter of the late Eunice Burgess Knight and Irvin Knight. In addition to her parents, she was preceded in death by her husband, William Harry Midgett.

She was a member of Fair Haven United Methodist Church and dedicated her life to her family and raising her children.

A funeral will be held at 2:00 pm on Wednesday, October 9, 2019, at Fair Haven United Methodist Church. The family will receive friends and relatives for a viewing one hour prior to the service. Private burial will take place at Manteo Cemetery.