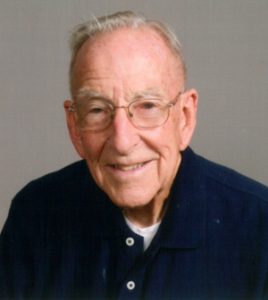 Born in Scarsdale, NY on June 18, 1929, he was the son of the late Lucy Wood Chase and Wesley Chase.

After 40-years of service, George retired from General Motors as a training instructor. He was a volunteer for the Southern Shores Fire Department and known as “Doctor Screen” at Kellogg Supply Company in Duck. A member of Duck United Methodist Church, George served his church family as Sexton for many years. He enjoyed cars, photography, tinkering, and most importantly, spending time with his family.

In addition to his parents, George was preceded in death by a brother, John Chase.

KILL DEVIL HILLS — Loving father and grandfather, Warren F. McCulley passed from this life to the next on June 6, 2022. Born on Dec 13, 1937, Warren was predeceased by his parents Bertha and Warren C McCulley, and wife Ellen Faye McCulley. He leaves behind his children, Wendy Berezowski, Steven Wagner, Daniel Wagner, Warren [...] Obituaries |  Full Article