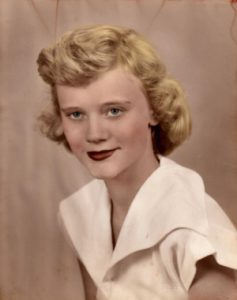 An Avon native and true Kinnakeeter, she was born March 7, 1934, to the late Iantha O’Neal Williams and Charles T. Williams II.

Gloria was a homemaker and a faithful member of St John United Methodist Church, where she was the historian.

A memorial service will be held at 1:00 p.m. on Thursday, June 30, 2022 at St. John United Methodist Church with the Reverend Gina Miller officiating. The service can be viewed live at:  facebook.com/stjohnobx. The family will receive visitors at the fellowship hall following the service.