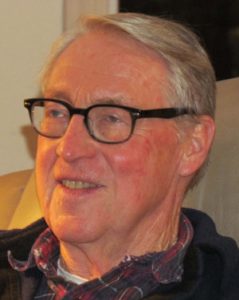 Born July 21, 1935, in Chattanooga, TN, he was the son of the late Jessie Broome and Henry S. Cathey, Sr. His family moved frequently, and he lived in many places. After graduating from high school in Oak Park, IL in 1954, he joined the United States Air Force and served his country honorably from 1959 until July 1961.

Henry then returned to college, graduating from the University of Tennessee and began his career in the insurance claims adjusting field. In 1971, he joined The Hartford Insurance Group in Falls Church, VA as the office manager where he met his wife Peggy. They were married in 1976 and moved to the home office in Hartford, CT.

In 1987, Henry and Peggy moved to Lancaster, VA in the Northern Neck where they built a home on the water. While there, he served as president of the United Methodist Men and Belle Isle State Park. He took up decoy carving and won many ribbons for his creations. An excellent shot, Henry enjoyed fishing and shooting sports and was a certified instructor in all shooting disciplines. He also enjoyed sailing, hunting, and woodworking.

In 2010, they moved to Kill Devil Hills where Henry began constructing guitars in the woodworking shop they built.

Henry is survived by his wife of 43-years, Peggy Cathey; brother-in-law and sister-in-law, John and Susie Poole; and nephews, Keith and Patrick Poole.

A memorial service will be held at 1:00 pm on Friday, July 19, 2019, at Twiford Colony Chapel in Manteo, NC. Inurnment will take place at Chestnut Grove Cemetery in Herndon, VA.

Memorial donations may be made to St. Jude Children’s Research Hospital, 501 St. Jude Place, Memphis, TN 38105 or online at www.stjude.org.