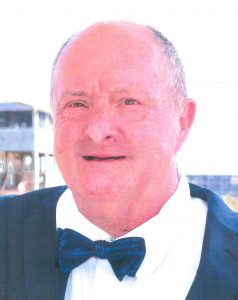 Born in Mequon, WI on August 30, 1948, he was the son of the late Rachel Kelsey Oesting and Ralph Beck Oesting.

Jim was very active, working with Dare County as a sanitation truck driver, Dare County Schools as a bus driver, and the Alligator River Refuge as a tram driver.

In addition to his parents, he was preceded in death by a brother, David Oesting.

A memorial service will be held at 11:00 am on Friday, September 17, 2021, at Twiford Colony Chapel. The family requests donations are made to Twiford Funeral Home to assist with the cost of Jim’s final arrangements.