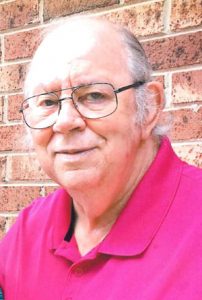 WANCHESE — John Edward Burch, Jr., 78, of Wanchese, NC passed away at The Outer Banks Hospital early on the morning of Wednesday, August 25, 2021.

He was preceded in death by his parents, John Edward Burch, Sr., and Irene Burch.  John is survived by his wife, Susan McGarrity Burch of Wanchese. Also, mourning his passing are his children, Kelly Ballard and husband Gary of Colington, Heather Tolson and husband Dean of Manteo, and Michael Fullmer and wife Shanna of Wanchese; five grandchildren, Corey Ballard, Zoe Leonardi, Josh Tolson, Gage Tolson, and Alissa Tolson; and one sister, Elaine Breazeale.

Born November 30, 1942, in Portsmouth, VA, John spent most of his young life there. His family moved to the Outer Banks in the 1970s and began Burch Plumbing. John eventually took over the family business and thoroughly enjoyed the many people that he met. Later, John began to work as a consultant for architectural companies retiring from this field.

John was known by many locals for his true passion of playing men’s recreational softball. He was a member of Manteo Assembly of God in which he played an active role for many years.

He was particularly proud of his grandchildren, and they were a source of pure joy in his life. John also had a soft spot for his grand dogs, Hazel, Buoy, and Bailey.

A memorial service will be held at 3:00 pm on Thursday, September 2, 2021, at Manteo First Assembly. The family will receive friends and relatives one hour prior to the service.

In lieu of flowers, memorial donations may be made to VFW Post 10950 (https://www.obxvfw.org/donate).