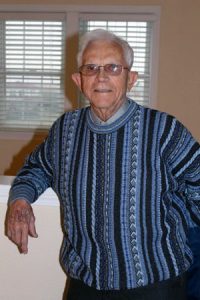 In addition to his parents, he was preceded in death by his first wife, Louise “Bubbles” Wescott Daniels; a daughter, Karla Farquharson; and a sister, Flora Webber.

Upon graduation from Manteo High School in 1953, Bill served his country honorably in the United States Navy. He furthered his education earning an engineering degree from Georgia Tech. In 1970, Bill returned to his hometown joining Manteo Furniture Company.

Active in his community, Bill was a former Manteo Town Commissioner, member of Manteo Lions Club and Mt. Olivet United Methodist Church, and retired as Chief of the Roanoke Island Volunteer Fire Department.

“Mr. Bill” was a fun-loving and caring father, grandfather and great-grandfather. His favorite moments in life were spent with family and close friends. He enjoyed gardening and fishing/boating. He loved his staff at Manteo Furniture and Appliance and developed a bond with each of them.  He loved his community and would quickly lend a hand to those in need. We will always remember his teasing, laughter, hard-headedness and infinite wisdom.