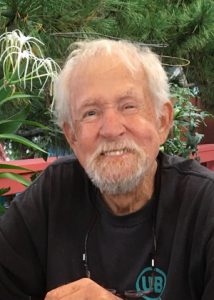 Born in Portsmouth, VA on October 11, 1941, he was the son of the late Hazel Lewis Culpepper and Delbert W. Culpepper.

A graduate of Wilson High School in Portsmouth, VA, Winston continued his education at Old Dominion University earning his master’s degree and Maryland Institute of Art in Baltimore. While attending ODU, he was the first commodore of the sailing club.

Winston was a veteran of the United States Navy having served his country honorably as a Lieutenant.

He was a lifelong noted painter and artist with displays in numerous galleries and The Town of Nags Head Municipal building and Philip Morris in Richmond, VA. Winston spent 20 years as a tour guide showing the wild Spanish Mustangs in Corolla, NC. He was a member of Kitty Hawk United Methodist Church where he was cared for by many of its Stephen Ministers.

Winston is survived by two children, Kristin A. Culpepper of Kitty Hawk, NC and James “Randy” Culpepper of Tucson, AZ; a sister, Victoria Steiro (Steven) of Big Pine Key, FL; and several nieces and a nephew.

The family will hold a private service to celebrate his life. In lieu of flowers, memorial donations may be made to North Carolina Public Radio at wunc.org/give.