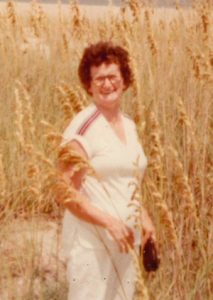 A native of Buxton, she was born August 30, 1931 to the late Linda Casey and Edmond D. Midgett.

Loretta was a devoted and loving wife, mother, grandmother, and great-grandmother. A friend to many, she was a homemaker and faithful member of Lighthouse Assembly of God.

In addition to her parents, she was preceded in death by her husband, George O. O’Neal, Jr.; daughter, Cherri O. Quidley; and grandsons, Daniel Beckham, Jr. and Richard W. Gray.

The family would like to thank everyone for the love and kindness that was shown to Mrs. O’Neal. She was dearly loved and will be remembered and missed by all who knew her.

A private graveside service will take place at the Midgett family cemetery in Buxton. A memorial service “celebration of her life” will be held at a later date.

In lieu of flowers, memorial donations may be made to Lighthouse Assembly of God, PO Box 459, Buxton, NC 27920.