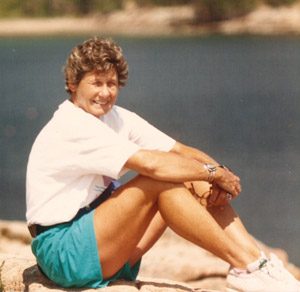 SOUTHERN SHORES — Margaret Lynn Weatherford Hartman, beloved wife, mother, grandmother, sister, aunt, and friend to many, completed her earthly journey on July 12, 2021. A journey that was shared with her husband Tom of 62 years. An adventure that took them to some of the most beautiful national treasures across this great country. This life fulfilled her love of travel, allowing them to visit all 50 states and many countries abroad. It must be noted that she held a special affinity for the land and people of the Southwest, as well as the Outer Banks of NC.

Margaret was proud of her family home in Rockwood, TN where she grew up in a large family.  In 1956, she graduated from Rockwood High School and continued her education at Austin Peay State University, earning a degree in Physical Education, and meeting her husband, Tom Hartman. Margaret’s career began in TN and continued to CA, UT, KY, and ended with retirement in NC.

As a member of the Outer Banks Presbyterian Church, she demonstrated her faith by providing an example of how to live one’s life to all those around her.  Unquestionably, she placed other’s needs ahead of her own and was always willing to lend a hand wherever one was needed.

Margaret will be remembered for her adventurous spirit and love of the outdoors. Any day spent on the beach, was a day well spent. She was an accomplished photographer and writer.  She not only left us with priceless artwork she created, she shared her love of art with her grandchildren.  Margaret was always a team player and lived a very active life, enjoying tennis, running, cycling, swimming, basketball, and softball.

Margaret had a keen interest in the lives of all her loved ones.  She was an excellent listener and though rarely offered advice, always offered words of encouragement.  She considered her greatest accomplishment to be the raising of her family.

Margaret is survived by her husband Tom and their three sons, McKenney (Heather) and grandchildren Laura, Haley, and Heath, of Cape Carteret, NC; Ed (Pat), and grandchildren Harvey and Mercer, of Wilmington, NC;  Patrick (Shannon) and grandchildren Brennan and Gavan, of Farmville, NC; her brother George Weatherford (Martha) of Ft. Wayne, IN, as well as numerous nieces and nephews.

In lieu of flowers, donations in Margaret’s honor can be made to the Outer Banks Presbyterian Church Scholarship Fund or Outreach Committee or the charity of your choice.

A celebration of Margaret’s life will be held at the Outer Banks Presbyterian Church, on October 9, 2021, at 2:00 pm.