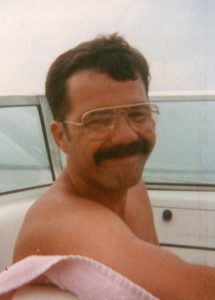 KILL DEVIL HILLS — On May 30, 2022, Michael “Mike-Iceman” Leonard Heroux passed away unexpectedly at his home in Kill Devil Hills, at the age of 64.

Michael was preceded in death by his father, Leonard Heroux of Virginia. He is survived by his mother, Patricia Heroux; his daughter, Katherine Heroux Taylor and her husband Wayne; his brothers, Robert Heroux (Charlene) and Stephen Heroux (Tracie); and his many nieces and nephews.

Michael was born on May 30, 1958, in Norfolk, VA. He graduated from Manteo High School in 1976. Michael received his Type Universal Certificate where he used his training at Southern Ice Company in Nags Head until he retired in 2009.

Upon Michael’s request, there will be no memorial service. The family asks that in lieu of flowers, donations be made to Habitat for Humanity or the Outer Banks SPCA.