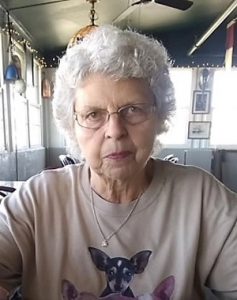 Born in Connellsville, PA on June 14, 1947, she was the daughter of the late Margaret Shaffer Rendine and Lawrence A. Rendine.

A longtime resident of Salisbury, MD, Paulette attended Prince George Community College and work as an IT Manager at Kiplinger.

After moving to the Outer Banks, she became active in her community by volunteering at the Baum Center. Paulette was a parishioner of Holy Redeemer By The Sea Catholic Parish.

In addition to her parents, she was preceded in death by her husband, SSgt George Z. Prodanchek.

A celebration of life was held at 3:00 pm on Friday, April 22, 2022, at Ten O Six in Kill Devil Hills. Paulette will be buried beside her husband in the Cheltenham Veterans Cemetery in Cheltenham, Maryland.

Memorial donations may be made to Holy Redeemer By The Sea Catholic Parish. PO Box 510, Kitty Hawk, North Carolina 27949.