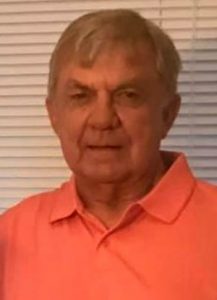 SOUTHERN SHORES — Raymond “Ray” Thomas Groske, the son of the late Margaret Louise and Raymond Groske, was called to be with the Lord on Wednesday evening, December 4, 2019.

He was born on April 25, 1944, in Dearborn Michigan, and is survived by his brother Timothy R. Groske of Sarasota, Florida. Ray was a Navy Veteran, and dedicated most of his professional sales career to, and retired from, Hormel after serving more than 30 years, and achieved many successes in his career. He played an integral role in expanding distribution of Hormel products into the Canadian market.

Ray loved his family and all of his friends dearly, and he continued to strengthen these relationships as well as acquaintances throughout his life. After retiring to Florida, Ray relocated to the Outer Banks, NC, where he could be with his closest of friends, and was considered a family member for over 40 years.

Ray enjoyed life, spending a lot of his time traveling, food with friends, and he had a special eye for fine art. He was selfless, generous, and because of his warm heart, he quickly became an endeared friend to everyone he met.

He left us far too soon, and he will be remembered and missed daily. He will find his peaceful resting place with his parents and life partner, Robert A. Smith, in St. Hedwicks Cemetery, in Dearborn Heights, Michigan. We love, honor, and cherish the life of Ray Groske.