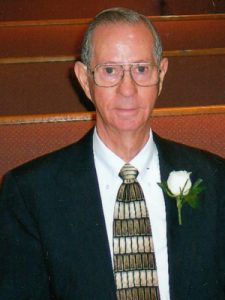 Rev. Smith began his career as a Jewel Tea Salesman in Lonaconing, Maryland. Knowing that God had called him into full-time ministry, he left Lonaconing with his wife and son and enrolled in Eastern Bible Institute, where he was a student for two years.

A public visitation will be held Friday, August 21st from 9 AM to 7 PM at the Hancock Assembly of God.

A private commencement Service will be held Saturday, August 22nd at 10:30 AM at Hancock Assembly of God. The committal will be held at the end of the service. Interment will be at the Tonoloway Primitive Baptist Church Cemetery.

Livestreaming will be available for everyone to view the commencement service.

Arrangements were entrusted to the Grove Funeral Home, in Hancock, MD.

Twiford Funeral Home, Manteo is assisting the family with local arrangements. Condolences may be expressed at www.TwifordFH.com.