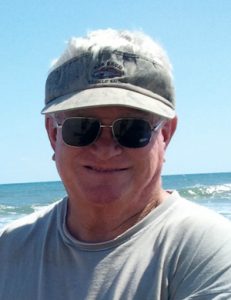 Bob has owned and operated the Red Drum Tackle Shop, Inc. in Buxton, NC since 1977 and has since devoted his life to his love of fishing.  He touched the lives of many in the Outer Banks fishing community and around the world through the many visitors to the Red Drum Tackle Shop and in his travels.  Bob served on the Board of Directors for the American Sportfishing Association (2006-2012), on the Governmental Affairs Committee for the American Sportfishing Association, was Recreational Advisor to the International Commission for the Conservation of Atlantic Tunas (ICCAT) Advisor Committee, served on the North Carolina Marine Fisheries Commission, participated in the Blue Fin Tuna “Tag-A- Giant” tagging program, and was a member of the Negotiated Rulemaking Advisory Committee for Off-Road Vehicle Management, Cape Hatteras National Seashore.  He has been recognized by the ASA, the Billfish Foundation, and the Audubon Society for his efforts and with a Vice-Presidential Hero of Conservation Award.  His contributions to the fishing industry are too numerous to mention. He regularly supported surf fishing events on the Outer Banks, the Outer Banks Preservation Association (OBPA), and participated in the annual Big Rock Blue Marlin Tournament on the BullFrog.  He was always there on the south Outer Banks beaches and waters and was generous in sharing his knowledge and extra tackle with those in need.  But his greatest accomplishment will always be his son Bobby.  When he wasn’t fishing, Bob and his family were also avid hunters.  Bob will be missed by many.

A celebration of his life will be held at a later time.