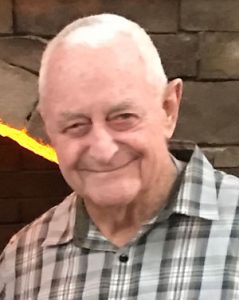 Alajuela, Costa Rica – Robert “Bob” Waddington, Jr., 89, of Alajuela, Costa Rica died November 26, 2020 in a Colorado Springs, CO hospital surrounded by his family.  Bob was born in New London, CT to the late Robert Waddington Sr. and Olga Mobouck Waddington on September 13, 1931.  He grew up on Fishers Island, New York and graduated from Fishers Island High School in 1949.  Following high school, he joined the US Air Force, serving honorably from 1950 to 1954.  Bob had a lot of different vocation throughout his life, from a lobster/fisherman, carpenter, plumber, an accomplished weaver, model builder, woodworker and most importantly businessperson. Anything Bob’s eyes could see his hands could do.  He formerly owned and operated the Island Lanes/Lounge, Metro Plumbing/Solar and Metro Rental.  Bob lived in Aquebogue, New York and moved to the Outer Banks of North Carolina in 1990.  Following his retirement, he moved to Costa Rica where he enjoyed sailing, baking, cooking, weaving blankets, and gardening.  He was a proud member of the RC airplane club where he flew his model planes.  Bob was a Master Mason.

Due to the restrictions associated with the Covid-19 Pandemic, no formal visitation or memorial service will be held at this time.  Notification of a public service will be announced later.  Bob will be buried next to his son, Michael, in the Fishers Island Cemetery Secretary in Fishers Island, NY.