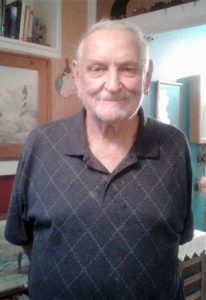 Born in Whiteville, NC on November 15, 1951, he was the son of the late Nellie Odessa Bass and Henry Elmore Harrelson.

Robert is survived by his wife, Jean Duncan Harrelson; his daughter, Crystal Harris (Scott) of Salvo, NC; two grandsons, Avery and Aaron Harris of Salvo, NC; a granddaughter, Rhiannon Harris of Spring Hope, NC; a step-granddaughter Kayla Dodson (Jamie) of Nashville, NC; and three step-great-grandchildren. He is also survived by a sister, Judy Stewart (Ken) of Bell, FL; a brother, Sonny Harrelson of Camden, SC, and a host of nieces and nephews. He was preceded in death by a sister, Faye Gurgainus of Hope Mills, NC; and two brothers, Johnny Harrelson and Billy Wayne Harrelson.

He was a contractor and did beautiful carpentry work enjoyed by many, most of his life. He loved to play the guitar when he got the chance, and he always had a way of making people laugh. He loved children and was looking forward to meeting his great-granddaughter in September. He is and will be missed by many.

In keeping with his wishes, there will be no service at this time. A Celebration of Life will be held in the fall with arrangements to be announced at a later date.

In lieu of flowers, memorial donations may be made to Interfaith Community Outreach, PO Box 1663, Kill Devil Hills, NC 27948.