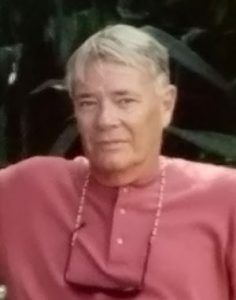 MANTEO — Robert M. Jones, 84 embarked on his final adventure Saturday August 3, 2019 in Virginia Beach, VA. “Bob” or “Bobby” as he was best known was born October 10, 1934 in Bellhaven, NC. He was the youngest son of the late Richard and Ruth Jones.

A world traveler, Bob especially enjoyed visiting the warmer countries including Mexico and the Caribbean. In his younger days, Bob was employed as a document editor with the Bureau of National Affairs in Washington, DC. He retired from the Bureau after more than 20 years of service. While in DC, Bobby also loved his work as a popular concierge with the Shoreham Hotel. Bobby was charming, gregarious, comical, and well-dressed which endeared him to the hotel staff and guests alike.

Eventually, Bob made his way to the Outer Banks where he enjoyed a quiet retirement. His flair for beauty, design, and antiques led him to his affiliation with long-time local florist, Brooks. Bob quickly became a fixture in the shop preparing flowers, making deliveries and his favorite- greeting and assisting clients.

Brooks is honoring Bob’s wishes for cremation and there are no plans for services.  Condolences to Bob’s friends and family may be expressed via the online register at www.gallopfuneralservices.com. Gallop Funeral Services was entrusted with arrangements.