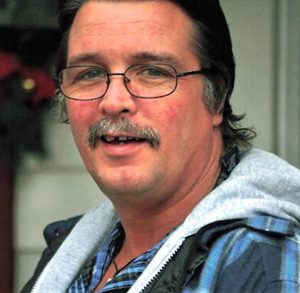 COLLINGTON — Ronnie Eugene Creef, 53, of Colington went to his heavenly home on September 7, 2019. Barbara Preiser Creef, his beloved wife of nearly three decades, was at his side for his brief yet courageous battle with cancer.

Born November 2, 1965, he was predeceased by his parents, Esther Jane Croswait and Willis A. Creef, Sr.; and a granddaughter, Remee Creef.

Ronnie was a popular cab driver with Atlantic Cab. His previous employers include All Level Lifts and Southern Ice Company.

His days were fulfilled in the company of his adored family. Ronnie was passionate about family, fishing, and he was a pretty good mechanic. He attended Booker T. Washington High School.

In addition to his wife, Ronnie is survived by his three daughters, Kristin Creef of Slidell, LA, Trisha Fraser of Greenville, NC, and Robin Creef of Colington, NC; one brother, Willis “Junior” A. Creef, Jr. of Manns Harbor, NC and nine step-siblings, Croswait and Twiddy.