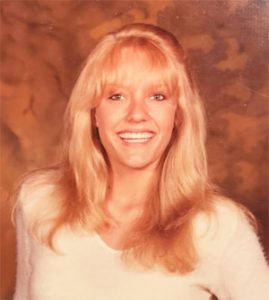 Born in Heidelberg, Germany on October 12, 1965, she was the beloved Daughter of Emma Jane Claywell and Rollin Junior Claywell.

Shelia was preceded in death by her parents, Emma Jane Claywell and Rollin Junior Claywell; her brother, David Claywell, and her sister, Theresa Claywell.

Shelia grew up in Virginia Beach and in 1982 moved to the Outer Banks.

NAGS HEAD — Edward W. Wise, Jr., known to all as Wykie, a native of Nags Head, NC, went to heaven the morning of Friday, November 11, 2022, while at home with his beloved wife Ginger by his side. He was the son of “Nettie” and Viola Wise, raised by his Aunt Agnes Barnett.  He leaves [...] Obituaries |  Full Article

HATTERAS — Sara Lee Styron, “Secky,” 74, passed on November 7, 2022, at her home in Hatteras, NC. She was born in Norfolk, Virginia on April 19, 1948. Sara is predeceased by her parents, Otis and Mary Styron, and her sister Catherine Styron Bulman. She leaves behind her sister Judy Styron of Colorado as well [...] Obituaries |  Full Article

October 1, 1949 – November 10, 2022 BUXTON — Susan West of Buxton, NC passed away Thursday, November 10, 2022, after a brief illness. Susan was born in Baltimore, Maryland on October 1, 1949. She was a graduate of Towson State University. She worked for the Maryland Historical Society before moving to Hatteras Island in [...] Obituaries |  Full Article

We are sad to announce the passing of Paul Nicholas Roberts of Kill Devil Hills. He died at the age of 61 on Sunday, November 6th, 2022 after a brief battle with colon cancer. Paul lived life to the fullest and if you asked anyone, they would tell you he was an amazing man. He [...] Obituaries |  Full Article