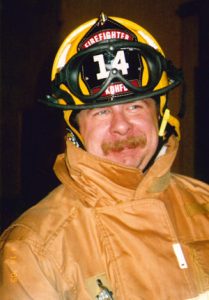 During the nineties, he was a radio engineer in Maryland. In 2004, he began serving his community as a volunteer with the Kill Devil Hills Fire Department becoming a full-time firefighter in 2006. He also volunteered with the Roanoke Island Volunteer Fire Department from 2007 until 2012. Wendell currently worked as a parts pro at Advance Auto.

In addition to his mother, Wendell is survived by his wife, Kristina M. Spano-DuGuay; sister, Virginia Hall; and numerous friends and family.

A memorial service will be held at 6:00 pm on Friday, September 27, 2019, at Twiford Colony Chapel, Manteo with Rev. Steve Siegrist officiating.

In lieu of flowers, memorial donations may be made to your local fire department.