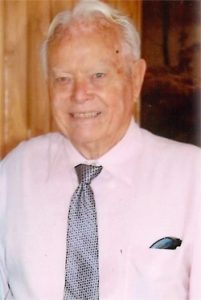 MANTEO — William C. “Billy” Gray, 92, died January 30, 2020 at Spring Arbor Outer Banks in Kill Devil Hills. He was born January 15, 1928, in Norfolk, Virginia and was the son of Minnie Miller Gray and Joseph Curtis Gray, who preceded him in death. Also preceding him was his wife, Carmen, of 47 years and a sister, Lucille Mol. Surviving him is his wife of 9 years, Suzanne Tate of Manteo. Also surviving are his daughter, Monique Gray of Kitty Hawk, sisters Marjorie Martin of Grandy and Norma Richardson of Cary, granddaughter Olivia Gray of Kitty Hawk, two great-grandchildren and ten nieces and nephews.

When Billy was 4 years old, the family returned to Hatteras Island, ancestral home of the Grays. His father was the keeper of a large hunting lodge south of Avon, until it was destroyed in the 1944 hurricane. The family escaped the hurricane and moved to Avon, where Billy graduated from high school. Later, Frank Stick, the famed illustrator, and friend of the Gray family, urged them to move to Nags Head.

Billy was a WW II veteran, enlisting in the United States Coast Guard in 1946, just a few days after his 18th birthday. He was stationed at Curtis Bay, Maryland and Mayport, Florida, where he held a rating of Fireman, serving on water tenders. Coached by Lt. Jack Dempsey, the famed heavyweight boxer, Billy boxed for the Coast Guard. He received the WW II Victory Medal. Upon separation from the service, Billy continued boxing exhibitions for pay in Norfolk, Virginia, and in North Carolina at the Nags Head Casino.

After separation from the Coast Guard, Billy worked as a television repairman in Norfolk, Virginia, for a number of years. Later, he joined his father in the construction business at Kitty Hawk. They had their own cement block operation, producing blocks by hand, one at a time. Several of the iconic flat-top houses at Southern Shores were built by them, using the blocks. After his father died, Billy continued building houses and business structures throughout Dare County.

In 1969, during the Vietnam War, he signed on with the United States Merchant Mariners and made six trips to Vietnam on ammunition ships. Billy served in various positions as Oiler, Pumpman, Electrician and Engineer. It was extremely hazardous duty, but he took it in stride.

Billy worked 19 years for the Town of Kill Devil Hills as Chief Building Inspector, retiring in 1997. At one time, Billy was an advisor in marine affairs to the N.C. Governor. He was the North Carolina billiards champion in Senior Games for two consecutive years. Billy, also, was an avid fisherman throughout his life, participating in many contests. Known as a dare-devil, he raced cars, boats and motorcycles, winning many trophies.