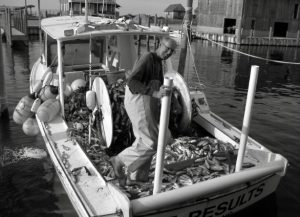 “The heart of a man is very much like the sea, it has storms, it has its tides and its depths, it has its pearls too.” ~ Vincent Van Gogh.

Bill was born in Point Pleasant, NJ on March 11, 1942 to William and Trina Van Druten.  His life was driven by his love for the sea.  He passed away on March 31, 2022, weeks after his 80th birthday which he so enjoyed due to the outpouring of love from his family, community, and lifelong friends.  The depth of his life was immense; from playing basketball at Rider College, to pursuing his career as an educator, and ultimately moving to Frisco, NC to achieve his lifelong dream of being a commercial fisherman.  It is the sea that called to him throughout his life and he instilled a love for it in so many.  Realizing this dream was one of many pearls in his life.  Being known as “Tall Bill” in the fishing community delighted him and brought him great contentment.  Family was yet another pearl.  He loved unconditionally and with his whole heart.  He was proud of his blended family and adored mentoring them, whether it be in the rudiments of basketball or all things of the sea.

At a later date, there will be a Celebration of Life to honor his legacy. 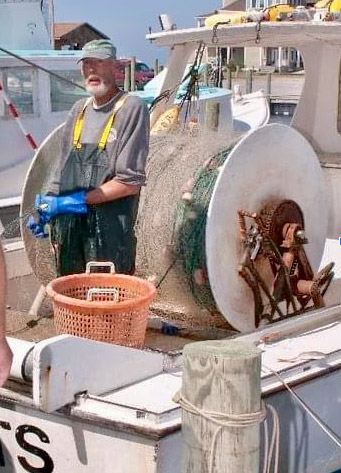