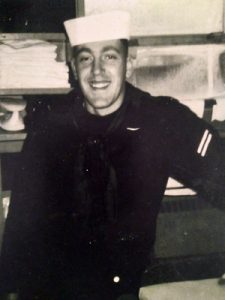 Born in Washington, NC on July 14, 1947, he was the son of the late Nora Stowe Newsome and Willie R. Newsome.

Having served his country honorably, Willie was a veteran of the United States Navy.

He is survived by his wife, Jean Newsome; two stepdaughters, Beverly and Crystal O’Leary; an aunt, Louise Daniels; and many cousins.

In addition to his parents, he was preceded in death by a brother, Terry Newsome.

In lieu of flowers, memorial donations may be made to Hatteras Assembly of God, PO Box 245, Hatteras, NC 27943 or online at hatterasag.org.

MANTEO — Mr. Ned Sutton Cabe, passed away at age 73 on January 8, 2021 in Nags Head, North Carolina. He was born on February 23, 1947 in Franklin NC, to Sybil (Potts) Major and the late Ned Sutton Cabe. Ned was preceded in death by his wife Laura Cabe. Ned is survived by his [...] Obituaries |  Full Article