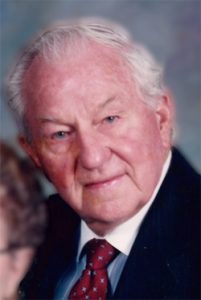 After growing up in Norfolk, VA, he joined the United States Army serving his country honorably during World War II in the Pacific Theater. He later retired from Atlantic Equipment Corporation as Senior Vice-President.

A devoted Christian, he was a member of Liberty Baptist/Christ First Church.

Willis was preceded in death by his wife, Evelyn W. Price, and his grandson, Blair Coffman, Jr.

The family would like to offer sincere thanks to the caregivers at Spring Arbor of the Outer Banks for their compassion and support.

Private burial will take place at Forest Lawn Cemetery in Norfolk, VA. In lieu of flowers, memorial donations may be made to Liberty Baptist/Christ First Church, 116 Romans Road, Suffolk, VA 23434 or to a charity of choice.