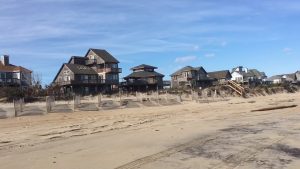 Seasonal ORV routes along the beaches in front of the villages of Hatteras Island have reopened for the off-season as of Saturday, October 15.

These routes, which run parallel to the villages of Hatteras, Frisco, Avon, and the Tri-villages, open to ORVs annually in the winter months when the visitor population is lower. The routes are closed in the summer season, from April 15 until October 15, when there are more pedestrians on the shoreline.

The majority of ORV ramps on Hatteras, Bodie, and Ocracoke islands have opened for night driving as well over the past few weeks, as sea turtle nesting activity winds down for the 2022 season.

A complete list of ramps open to ORVs, as well as current conditions and recent updates, can be found on the Cape Hatteras National Seashore’s website at https://www.nps.gov/caha/planyourvisit/conditions.htm.