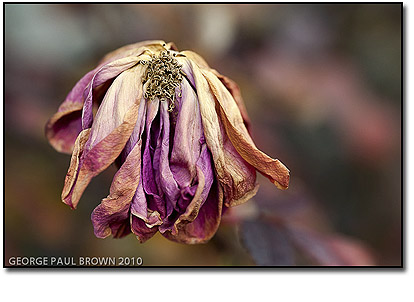 We first introduced you to George Brown and his stunning photographs of Ocracoke in February, 2009.

The retired family therapist and social worker, who had been taking photos for only a few years, and his wife were spending the winter on Ocracoke, after having discovered the island the summer before.

Brown shared those photographs with his followers and Ocracoke lovers on his photo blog, www.pixadilly.com

He came back the next winter, and he’s here again this winter, sharing his pictures of the beach, the dunes, the marshes, and the village in winter.

When Sundae Horn wrote about Brown in 2009, he and his wife, Reggie Mosser, an oncology nurse, were retired, living in Florida, and traveling as much as possible. It was while living in Florida that he first became interested in photography and took some classes.

The couple moved from Florida to Taos, N.M., last summer, but couldn’t resist another winter in a rental home on the Ocracoke marsh. They arrived on Ocracoke in mid-November and plan to stay until mid-April.

On Feb. 11, Brown began posting photographs of Ocracoke on his blog, and he plans to continue into April.

He chooses a week’s worth of photos at a time and posts one a day. Each photo has an interesting name and a few sentences from Brown about his thoughts on the photo, which are part philosophical, part informational, and all about Ocracoke.

You can see the photos from this winter on his blog.  And you can sign up on the blog to receive Brown’s photo of the day.

If you are missing the seashore and counting the days until your next vacation, this photo feast is for you.

We promise that George Brown’s Ocracoke and his compelling photographs will not disappoint you.